I saw some amazing work by @AndrewPBrooks and started watching some of his tutorials eg. Rework Time- YouTube. I loved the grids he made of his videos, and was reminded of QuickTime Pro. Give it a quick run. I’ll be very sad to see QuickTime pro go when I move to 64 bit. 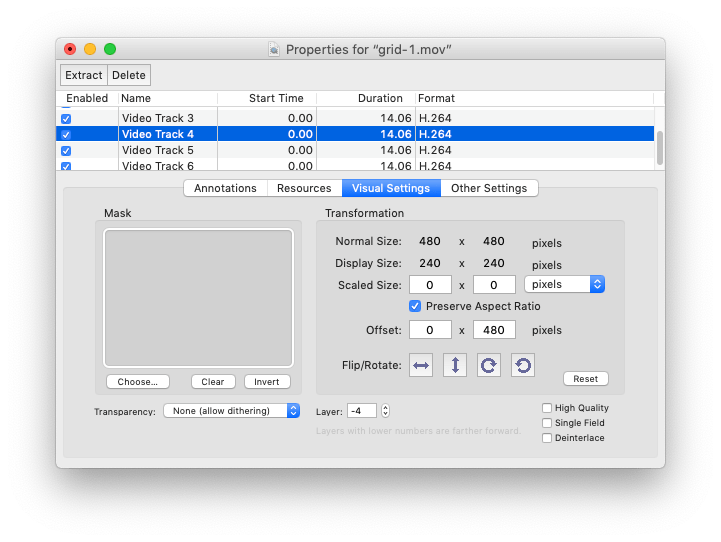 Using the RPi-Cam-Web-Interface I recorded a timelapse yesterday with my pi-zero. Stiched together with ffmpeg & a wee bit of manipulation with QuickTime Player for fun. I particularly like the features of QuickTime v 7 and will miss it when it finally stops working.

On Friday I took part in the North Lanarkshire ICT co-ordinator’s meetings and the Educational Computer Centre, when I say took part I mean my colleague Ann McCabe did all the heavy lifting, but I did talk to the groups about FrameByFrame a stop-motion animation application for Apple Macs. FrameByFrame is not as fully featured as some applications but it is very easy to use and freeware. There are some good example movies on the FrameByFrame webpage.

I’ve not used FrameByFrame in the classroom although I’ve had children make a few animations (Sandaig Example) with other software. Apart from the chance to make animations that relate to their learning making an animation involves a lot of creative team work and co-operative learning, obviously valuable in the classroom. FrameByFrame will give you a good chance to try out animation without expense, altohugh it lacks titling and the ability to add audio that could be done easily by importing the movies into iMovie.

I’ve made a few quick tests with FrameByFrame and though it might be interesting to use ScreenFlow to make a wee movie of using FrameByFrame. ScreenFlow is an application for creating screen recordings on a Mac. I blogged about ScreenFlow before, but I’ve not used it much since. It looks like the most powerful screen recorder available for a mac, it records the whole screen but then lets you edit the footage, zooming in to areas or windows and a whole lot more.

The following movie is much more of an experiment than a polished piece of work, I did not really read the ScreenFlow manual (there are a series of movies on the ScreenFlow site), so made one or two mistakes.

After I exported the movie at the suggested 640 x 400 I then stiched them together in quicktime Pro and rexported a few times changing the size and quality of the movie. i then used QuicTime Pros export for web feature to export m4v files and the html need to display the movie. This export seems to do a great job of getting file size down, but again reading a maunal may improve that.

ScreenFlow looks like it will be very useful in helping teachers and pupils use software in the classroom, and I think I’ll spend some time watching the manuals and practising.

I’ve been thinking bit more about getting children to make and publish wee movies. I was working with a couple of children on one recently and thinking about making a simple system for blogging them. I’ve used the Anarchy Media Player on our wordpress blogs (Test Movie) and on Edublogs blogs, Edublogs does not implement the rather nice feature of Anarchy where a image file with the same name as the movie plus the extension is used as a splash. I don’t think I could use Anarchy without breaking some older stuff here, so need another solution.

This got me thinking as did embedthevideo.com – Video Pop-Up Link Maker which I’ve used on the Sandaig Blogs before.

I wanted something like both, a splash screen without a popup. Quicktime movies can be embedded in html with a link to another movie that will load in the same place when the first movie is clicked. I’ve knocked up a quick and crude webpage that takes a movie and an image and produces the html fragment to use quicktime to load the image and play the movie when the image is clicked.

The movie above is a screencast of the webpage in use producing the html that show the movie.

The setup also allows Sandaig pupils to upload images and movies and optionally produces an embed link to the tool to allow others to then embed the movie (I do not suppose that anyone will want to do that but it was interesting to play with.)

So the weemovies page would allow anyone to produce the html fragment if they know the url of a movie. The script is not very portable or flexible, but I hope it will be useful. We have got a wee movie in production which should see the light of day next week.