Yesterday I read Alan’s post Right? or Choice? To Repair (or Joy Thereof) #DLINQDigDetox – CogDogBlog. One thing in particular caught my eye:

I’d not heard of Ruffle, but I though it was worth a quick try. I searched my hard drive and was delighted to find  rommy.swf.

Rommy has been reborn several times, born as a HyperCard stack in the 1990s, then a SuperCard project, arriving on the web via the Roadster plugin that ran SuperCard projects. The final incarnation was in flash (although I might have a javascript effort somewhere).

Anyway I uploaded the swf and htlm file, adding the link to the ruffle javascript library & it worked not only that it works on an iPad.

I don’t suppose it is of much use in the classroom now, back in the HyperCard days I though the idea of pupils creating mazes and then getting their partners to write instructions to go through them was a good one. I had not see it else where is such an easy to use fashion.

The featured image is a gif captured with licecap, it doesn’t make the annoying beeping that the real one does. 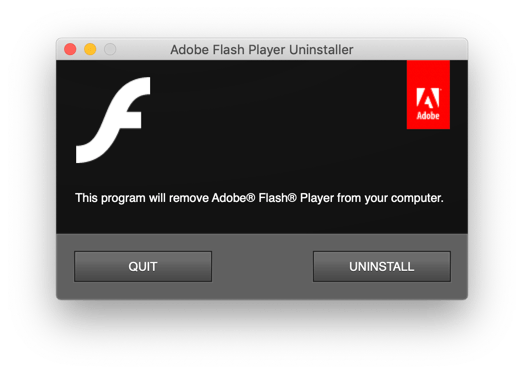 This popped up on my screen today. I’ve not used Flash for a long time, but had good fun with in in its day. When it was owned by macromedia we got education licenses in school and my then pupils had fun animating. 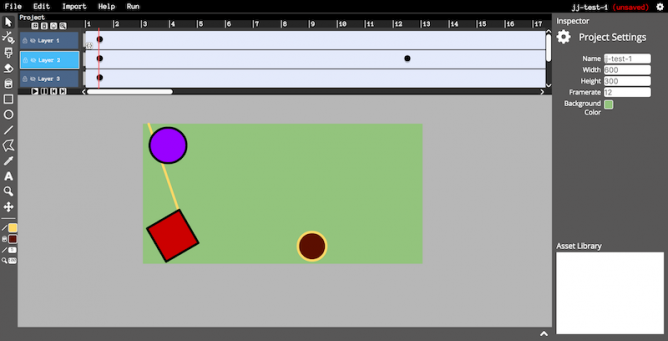 Last week I posted about the end of Flash, one of the thing I regretted was the loss of a tool to teach animation.
This week I noticed Wick: The Internet’s Free and Open-Source Creation Toolkit. This  works best with Firefox and Chrome. It make javascript animations that can be exported as a webpage. I’ve put one in the iFrame below.

It looks like you can do a lot of cleave stuff with JavaScript, byr the editor supports the use of motion tweens and clips that can have their own timelines and tweens without any scripting.

My skills in this department are limited, but if you look closely you will see the person in the animation is moving his arms and legs. They are a clip.

The flash vacuum is being filled before it exists.

Last week Adobe announced that they would stop supporting Flash in 2020.

Although in the age of mobile and tablets Flash content has become less important there still is a lot of educational material, especially games, that uses Flash.

Back at the end of the last century I used flash to make resources for teaching I even used this old one and this one in class this year.

I also used Flash to teach animation in class. Although Flash is expensive at the time I used it you could get cheap education copies and the software was less complicated.

Sandaig Primary School: Computer Club (on the Internet archive) still has some of the work we did.

I’ve just had a trip down memory lane, Littlefish Flash lists some of the things I did with Flash and also links to a pile of worksheets I made for my pupils.

Looking back I remember how exciting, for me, to be able to learn and teach about layers, frames, bitmap and vector graphics.

One of the introductory exercises we did was to use flash to trace our faces. The same technique was popular with my class using iPad apps this year.

I’ve read a lot online about the problems with Flash over the last few years. It uses too much energy for mobile and has regular security problems. Despite this and the fact it was priced out of my classroom when Adobe bought it I am a little sad that old flash content will either vanish or be hard to view in just a few years.

Swiffy converts Flash SWF files to HTML5, allowing you to reuse Flash content on devices without a Flash player (such as iPhones and iPads).

Swiffy currently supports a subset of SWF 8 and ActionScript 2.0, and the output works in all Webkit browsers such as Chrome and Mobile Safari. If possible, exporting your Flash animation as a SWF 5 file might give better results.

Google Swiffy looks good, support extends to flash five. Here is a swiffy animation created with Google Swiffy the original flash file, made by my daughter 11 or so years ago when she was in primary school is on the sam page, I can’t tell the difference.

Works on an iPad, Safari, webkit, chrome, firefox on my mac.

I’ve not updated here for a week, but have been quite busy elsewhere.

After reading Neil‘s announcement of teachMeet 08 North, I popped over to the ScotEduBlogs Wiki and started a new page: TeachMeet 08 North for folk to join in the fun. It looks like it is going to be a great event, over 50 edits on the wiki page on the last two days shows a deal of enthusiasm for TeachMeet.

I bumped into Suzie Vesper while following Ewan‘s ULearn07 adventures in NZ on twitter. Suzie hads a great wiki: educational software and web 2.0 which covers nearly everything I’ve heard of. After a few tweets this morning, I’ve started adding an Adobe Flash page to the wiki. Hopefully it will be of some value, the rest of the wiki certainly is.

Coincidentally, I’ve become involved in another flash project; as I was invited to join the Teachers sharing their work with Flash blog.
Teachers sharing their work with Flash centres round the work of Geoff Dellow. Geoff has done an amazing amount of work with flash in schools. He tells me he is retired but he has certainly not slowed down (a quick google will tell a lot). Geoff promotes the use of flash 4 in primary schools and provides free over the phone tutoring for teachers. I first met Geoff at SETT before it was The Scottish Learning Festival. He had children creating animations in flash at his stall which had me hooked.
I hope I manage to do some work with flash again soon so that I can share it on the blog.

Over 10 years ago before I was interested in Web 2.0 technologies into the classroom, before we had the internet in our classrooms, when our school had 3 apple macs and a few bbcs, I was introduced to computers by my HT making me take one home for the summer. I found HyperCard and was hooked. I set about happily making toys for the children and tools for myself.

At some point ( ’96 or ’97) it was suggested that I could make some money selling these tools and toys and I set about sending A4 catalogues round all the primary schools in Scotland. If you were in a primary then you may have seen one of these ugly sheets (’98 example) I also had a website.

I never made my fortune, or even much more than my hosting costs, the site grew to be more of a SuperCard resource site, the range of software was reduced, the quality improved (I hope) and I added some freeware. Interestingly the only title that paid for the hosting was a worksheet maker (I can’t imagine why anyone would want such a thing now).

My favourite Rommy Robot never really was as popular as I expected. I have kept developing Rommy as I occasionally get an email asking me for an update. Today he reached version 3.0 beta 7 and became free.

Here is my blurb:Rommy Robot is a child friendly screen programmable robot.

Rommy Robot is useful for teaching Shape, Position and Movement in primary mathematics and is a way of introducing young children to control technology.

This Beta will not time out, is universal and is no longer shareware, rommy is now free (donations accepted), no registration required. My idea for Rommy was originally as a replacement for our Rommar Robots which always had flat batteries when I went for them. I had not even heard of logo at the time! The application grew ( a bit as it is pretty simple) but the idea was it was like logo but slower. Slower so that children can see what was going on. The main game is a simple grid map where children can create mazes and run the robot through them. There is a simple interface for building commands without typing.

I’ve since made a flash version of the simplest game: Rommy Robot which some folk find useful or at least you can see what I am talking about.

I’ve now come to terms with not making my fortune, or even having the time to develop software and my interests are more to do with children publishing and creating. I’ve not even used rommy in my own class this session (I am not teaching maths). But I hope I have learned something form the process. In looking back at my old catalogue I noticed the blurb:

Designed, Built and Tested by Primary Teachers and Children.

Which I think is a pretty good premiss for using ict in schools and unfortunately teachers and children are the last folk to get there hands on educational ict tools.

What has be interesting in the growth of Web2 in schools (blogging,podcasting, wikis etc) is that is has come from the bottom up started in real classrooms around the country before any encouragement and direction from above. The community of practice that has developed is largely a grassroots movement. I wonder how the bloggers would have felt if they had been instructed by Heads, authorities or nationally to start blogging?

A cross between putting my money were my mouth is and enjoying the last couple days of freedom.

Click on the left right hand side of images to advance, the left to go back. The slides sort of explain the hows, whys and wherefores. You can try the editor I hope it will be usable by the children. If not I’ve enjoyed playing with flash.