the simple new way to create stunning presentations – whether you are pitching an idea, teaching a lesson, telling a story, or igniting a movement, it’s fast, fun and simple for anyone to use.

Says Haiku Deck. It is an iPad application for making presentations. Very simple to use and the defaults look nice.

That took about three minutes to knock up. The main feature, based on three minutes use, seem to be a nice search to find images to match your words. Looks like it searches Flickr and some other sources. It does some sort of cc search. This image: 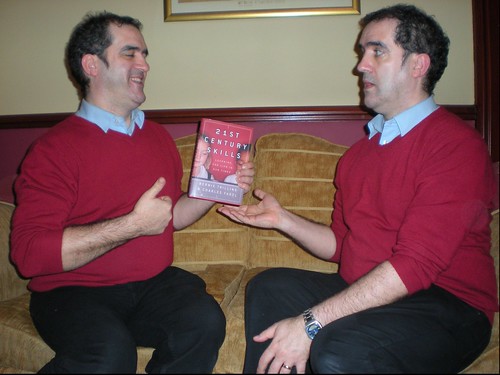 It does however make a very presentable presentation pretty quickly, saving to the web, announcing by twitter and providing an embed code. It also exports to PDF via mail.

The price is right, free with some paid for themes, the app is extremely easy to use

Update, my bad: I had adjusted the embed code to fit the iframe into my blog the attribution appears on the Haiku Deck website: Radio #EDUtalk – A Haiku Deck from Giant Thinkwell and on the embed if you don’t mess about with the code to resize the iFrame. Apologies to Giant Thinkwell.

So here is the attribution copied from the Radio #EDUtalk – A Haiku Deck from Giant Thinkwell page:

Update 2: I’e also noticed a nice feature, republish a slideshow with an extra slide updates the original and the embed.

Blogged with a hand knitted system