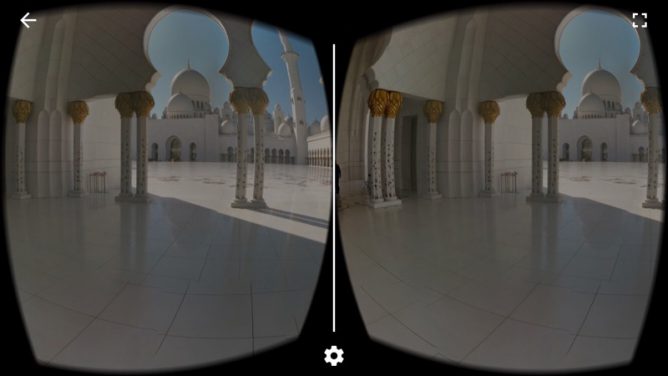 In early October my school had a visit from Google Expeditions. I’d been contacted to see if I would be interested and jumped at the chance.

Google Expeditions are a 3D VR ‘experience’ using google cardboard. I’d tried a few mobile apps using cardboard before but not in a classroom setting.

The plan was we would choose Expeditions that would fit into our learning.

On the day Kostas from Google turned up in Banton having traveled on public transport with the whole kit in a backpack. This consisted of one tablet, one router, a set of android phones with a google cardboard for each phone.

Expeditions are a set of several 3D VR ‘images’ that can be looked around. The images are broadcast from the tablet ( or a phone) to other devices on the local network. The Tablet is handled by the ‘leader’ the phones by the ‘explorers’. The leader controls which image/space the explorers see. The leader’s non-3D view includes some notes and discussion points. 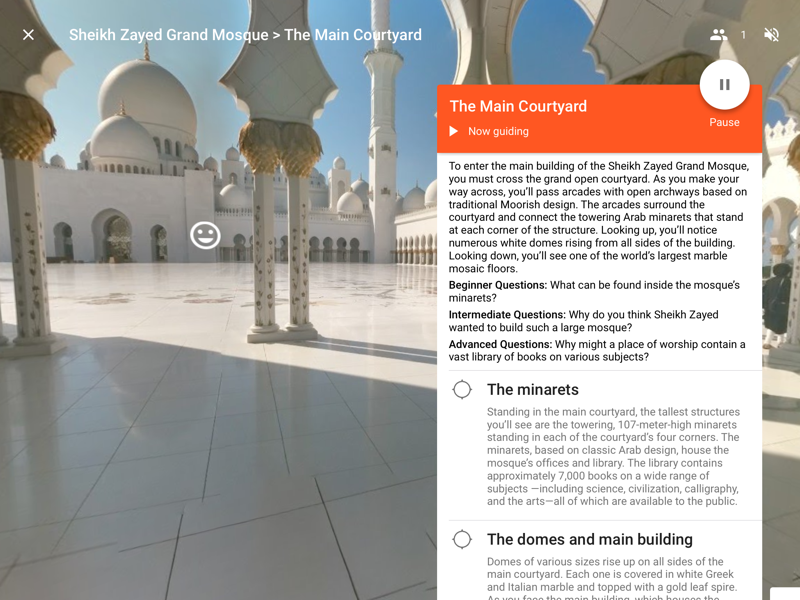 When in a space the explorers can look around by turning their heads or bodies. Moving forward and backwards has no effect.

The leader cannot control where the explores look in a scene but double tapping will show the explorers an arrow pointing to the object tapped (we saw that explorers would always follow these arrows).

We had chosen a couple of Expeditions that would fit with out learning, but did have the chance to explore quite a few.

The pupils were very engaged immediately, the images are surprisingly ‘hyper real’ and the experience of turning round or just moving your head was delightful.

We collated some pupil responses on the class blog: Around the World in a Cardboard Box.

I’d chosen the spaces we looked at at fairly short notice, one did not really fit with my expectations the other was linked to a topic we had not then started. So for the point of view of linking into the learning and teaching I hadn’t planed well enough. From the point of view of exploring potential new technology and giving the pupils a glimpse of the near future.

I’d also feel that the resources might be a bit more valuable after the initial excitement had died down and the pupils used the system more than once.

So how would we use this past an exciting but brief test. Although the kit is relative inexpensive a class set would still be an major resource for even a large school.

I suppose it could be a share resource for a group of schools or local authority.

I wonder too if it could be used on a smaller scale, with less devices. At the end of last month I was talking to Will Tuft on Radio #EDutalk about ‘The immersive classroom’, this involves setting up classroom experiences, for example the aftermath of a hurricane, with props and tasks. I wonder could the cardboard be part of some such class. For example a group of ‘divers’ could take it in turns to put on the googles and explore the sea.

It could also just be used by a few children as a time.

I wonder if as well as the obvious exploration angle if it would be a rich resource for writing.

All in all an interesting experience, it will be interesting to see how this type of technology develops.