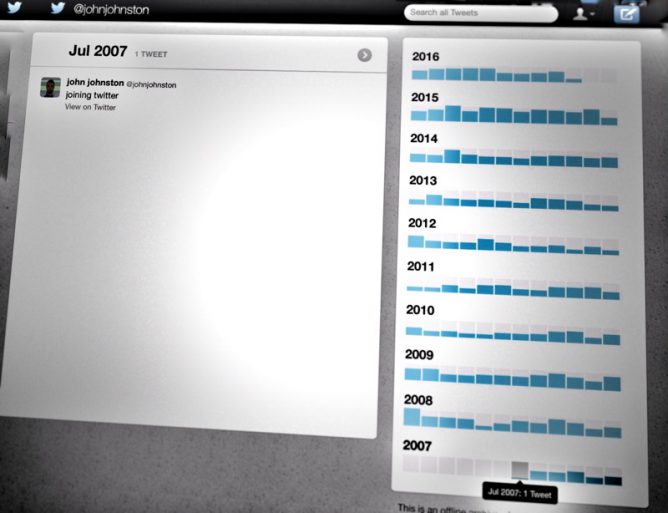 I’ve been on twitter for a while so I guess I would be an intermediate user. I’ve blogged enough about twitter for it to be fairly prominent on my tag cloud.

In response to the various questions I do use lists. My follow policy is if someone follows me, they look as if their interests are in the same ball park as mine, I follow back. Lists help keep up with specific topics or groups that might get lost in the flow.

I occasionally look at the analytics. But not too much. I enjoyed having a quick look at the links provided in this thing about using twitter to get a job or for professional advancement. I don’t think I’ll ever get a job through twitter, apart from a lack of discipline the gif that punctuate my stream are possible not the best professional face. I do try to be inoffensive, as a primary teacher I know. Pupils will have a look.

I’ve not used tweetdeck for a while but have recently signed up for tweepsmap. This provides a weekly list of new followers and unfollowers. I tend to unfollow folk who unfollow me, as I’d like to be in the position of having a conversation. I do of course follow various bots and interesting folk who don’t follow back and have a few accounts that I don’t follow in lists.

There is a pile more posts here on my blog that I’ve found interesting to skim through tagged twitter. Twitter brings up a lot of interesting questions, around privacy, algorithms, software design and more. This think has been useful in helping me revisit a lot ideas about twitter that need a bit more thought.

I am looking forward to this weeks edutalk where I’ll be talking to Charlie Farley about 23 thinks. It will be broadcast live at 8pm.  Radio Edutalk 12-10-2016 Charlie Farley 23 Things for Digital Knowledge | EDUtalk