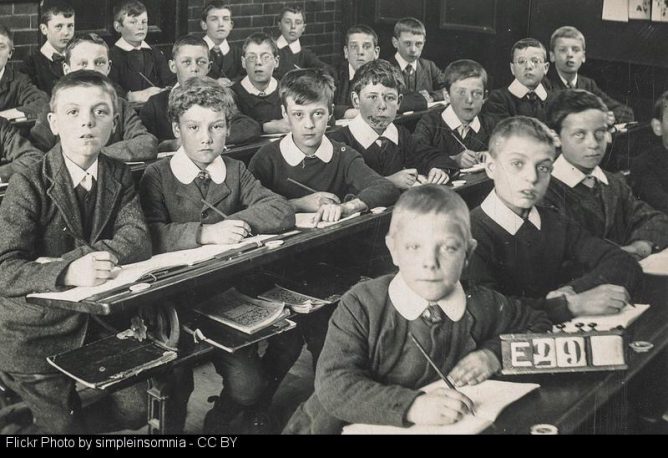 For the last few (twelve) years I’ve been a enthusiastic proponent of blogging by pupils. I only actually carried this out in the classroom from 2004 till 2008 when I started work in North Lanarkshire as an ICT staff development officer.

Since then I’ve run plenty of courses around blogging, continued to blog myself and investigated lots of blogging systems. I also support pupils setting up e-Portfolio blogs in many classroom in flying visits. I spent a couple of years working on Glow Blogs and continue to provide support for Glow Blogs on a part time basis.

I’ve got a strong opinion of the positive value of pupils posting about their learning. I hope as I provided support and encouragement for pupil posting that I kept in mind the difficulties of organising this in class.

I am now back to eating my own dog food and again in the position to blog about ‘Teaching, ict, and suchlike’ from the position of a classroom teacher.

In many respects I’ve landed on my feet. I’ve got a very small class of delightful pupils, a good range of hardware and due to the small numbers, bandwidth that is not awful.

However I am feeling pretty out of my depth in regards to the changes in curriculum and practise that have happened in my absence from the classroom.

On the practising what you preach front I’ve started using Glow Blogs. We set up e-Portfolos a couple of weeks ago. I am pretty pleased all the hard work of the Glow Blogs team has paid off from a technical angle. I am not working to hard on the idea of profiling yet, just trying to get the class enthused about owning their own space.

We have also started a class blog Banton Biggies – The Tallest Class in Banton Primary and the pupils have made a couple of posts. Fell free to pop over and leave us a comment.

First thing I’ve noticed is that it doesn’t get any easier organising time for pupils to post. The ideal is to give them enough time to write a well written reflective post, but also not missing out on too much of the current classroom activity.

The other thing that has changed is the familiarity of current pupils with the Internet. There is a lot of that I need to explore and discuss. Being a YouTuber is an aspiration of more than one pupil I am working with.

Of course this familiarity with the Internet does not come packaged with some of the things I an interested, safety, copyright, controlling your own data, along with technical skills, knowledge of file types, urls, keyboard shortcuts and the rest. A lot of learning will hopefully be sparked by discussing blogging.

We have also started using Glow O365, mostly word and Onedrive so far and I’ll have a fair bit to reflect on that too. I also set up a Yammer group for the pupils, with little instruction about what to do with it. There was a huge wave of enthusiasm from the pupils, but left to their own devices they have mostly posted hi messages. I think I’ll have to seed the group with some ideas to get things going.

What I am hoping that I can do with the blogging is to start the pupils reading other pupils posts making some connections perhaps with other small schools. Hopefully I can get a podcast together too, watch that space.

Get in touch if you have pupils posting that would like a few comments or would be interested in some sort of blog to blog communication. It might take me a wee while to get going but that’s the direction I hope to travel in.

9 thoughts on “Back to class and classroom blogging”