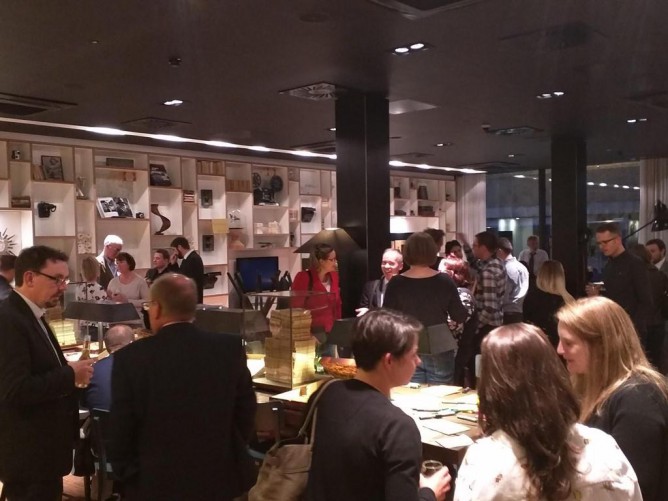 We had a good night at TeachMeet SLF 15

Here is some of the twitter stream: TMSLF15 (with images, tweets) Storify I tried to cut out re-tweets and duplication (but didn’t spend too much time on that).

The image view on twitter is nice: #tmslf15 hashtag on Twitter. As it highlights the amount of chat that went on in the breacout section.

We encouraged folk to post to the TMSLF15 Padlet about the ideas they discussed. I think the twitter stream is a bit richer.

We broadcast on Radio Edutalk, and I hope to edit the audio and post it soonish.

Here are some of the links extracted from twitter.

I’ll be talking about Glow Blogs in a seminar at SLF on Thursday along with Andrea Hunter PT at Whinhill Primary School and some of her pupils. Andrea’s class blog at Diary of a Whinhill Pupil.

I’ll be at SLF both days spending some time on the Glow stand. If you are at SLF and have an interest in blogging, podcasting and the like please do have a chat. You can catch me on twitter @johnjohnston.

I’ll also be at TeachMeet SLF15 on Wednesday evening. We will try to stream that on Radio #EDUtalk.

It is time for TeachMeet SLF 15.

This time we are going back to out roots (sort of). The precursor to TeachMeet was the ScotEduBlogs meetup in May 2006 in the Jolly Judge in Edinburgh. The location was choose because it was in Edinburgh at the same time as the eLive conference, it was a pub and it had WiFi.

Over the years TeachMeets have diversified and spread. The locations have sometimes become a little more formal, with a focus on listen to one person at a time. We will still do that but the space at Citizen M will lend it self to breaking out into small fluid informal groups. I am not sure if I’d describe Citizen M as a pub, but it has a bar and the Wifi is the best I’ve experienced.
You can signup on the wiki to present or head over to eventbrite for a lurkers ticket.