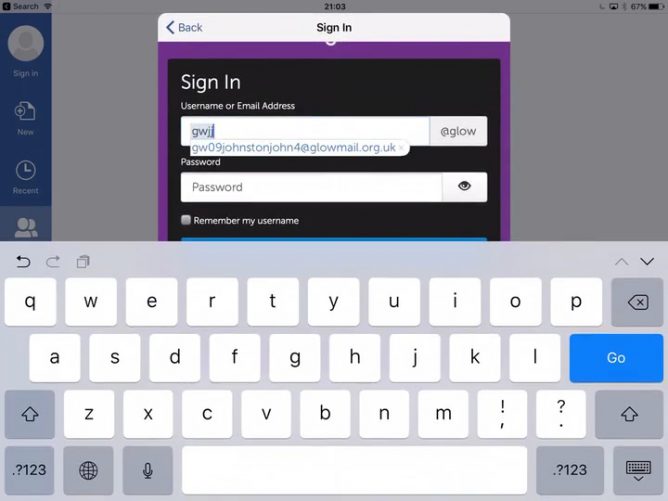 At the weekend during pedagoo muckle there was a mini TeachMeet. Everyones name was in a bowel and there was a series of random 2 minute talks. I though I was prepared with this tip. In the event I was quite glad I didn’t get picked all the people who got picked had two minutes of great ideas, as opposed to a wee tip.

I did mention it to one or two folk at my conversation and it was well received so I though it would be work posting.

One of the minor hassles I’ve been having with Glow and iPads is multiple logons. Some of the MS apps seem to get themselves in a state of confusion, requiring pupils to log on frequently, and more than once. This is a particular pain if you work in Word, save to Onedrive and then upload that file through the browser. I’d like this to be a thoughtless and painless process for my class but it is not. This is compounded by the fact you need to put a glow email address into an MicroSoft iPad app, this them loads the RM Unify logon where you need to use your glow username and password. Given you can use your glow email in place of your username this make the tip even more useful.

iOS has a text replacement function. You can type a shortcut and the predictive text will offer the expansion to insert.

You set these up in the Setting App, General-> Keyboard- Text Replacement, the phrase would be your glow email, the shortcut something memorable, not part of a real word. We used gw and initials, so mine is gwjj.

Here is a gif showing how much easier it it to log on with a shortcut.

As a bonus, some of the pupils in my class added other shortcuts, for example d: for define: which hlps find the meaning of words in google.

I had a a couple of nice example of how well google image search can work with uploaded images and a couple of descriptive words. Here is one.

While walking today I saw clouds of butterflies, although I tried to get a good photo I failed miserably.

This was the best one: 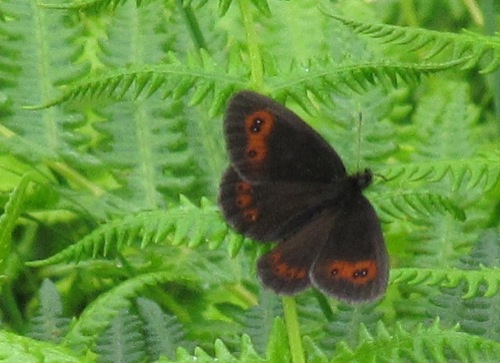 I uploaded this to the google image search, which gave me good feedback on my photo skills: 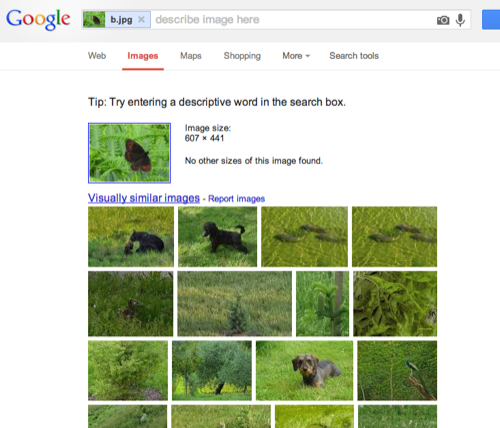 Google thinks my butterfly is a bear, dog or fish!

The addition of a few keywords nails it: 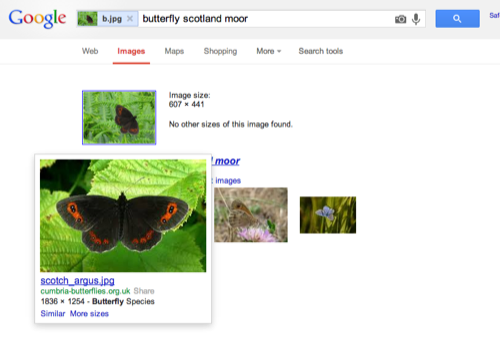 A google wrinkle worth teaching I think.