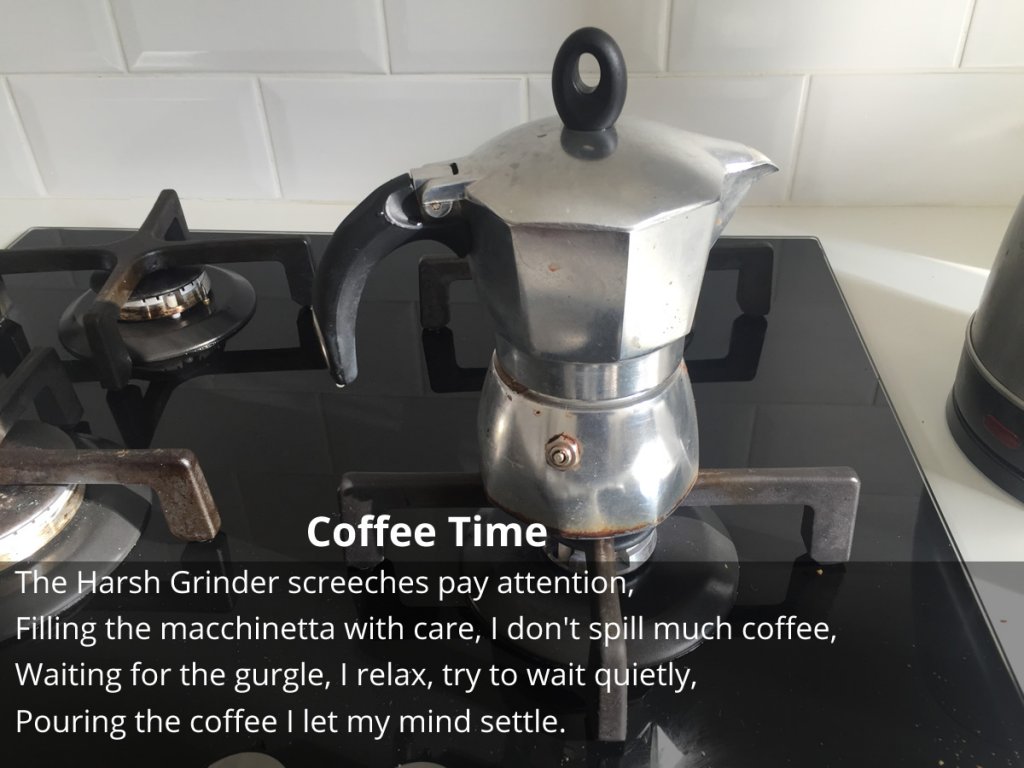 A while back I tried #tds360 Idle Pleasure of the day: Wait for the tea to brewÂ fromÂ The Daily Stillness and was quite horrified at how it turned out.

I’ve a pretty good routine for this: Grind coffee; while it buzzes I put water in the pot; I then add the coffee and put the pot on the stove;Â while it heats I prepare the cups; and pour when it bubbles.

It takes a while to boil and bubble up. I guess I usually look at my phone or read the paper, standing still that day i note that my attention is racing and I can hardlyÂ stand still, I shiftÂ from foot to foot to ‘keep busy’!

Since then IÂ occasionally try and check my posture, relax and breath whicle the coffee is brewing, perhaps this gatha will help. 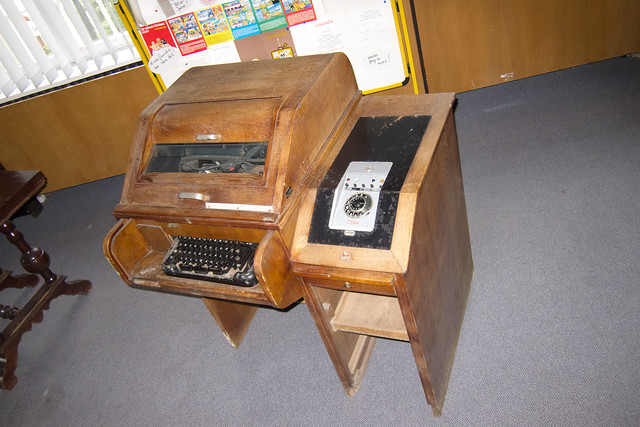 We found a lovely post that helped us reflect on life beyond the digital. Joel Dueck tells us about this item of furniture,

The secretary, a compartmentalized working-space, may be thought of as the RSS reader of the past.

from: #tds389 The RSS reader of days gone by | The Daily Stillness

The linked post, is really only a paragraph but the idea in it is wonderful.Â

Today, I wrote a post on my 1999.io blog, read my RSS reader, tweeteted, answered tweets, found some  lovely stuff. I worked on a website and went back an forward many times on email.

The image of a bureau captures this delightfully. I imagine a webpage version that looks as organised as the image posted.

The problem with these programs, (and, yes, I’m aware that I use the word ‘problem’ lightly world news is over there) is that they rarely make you feel fantastic about yourself. For every run that your fitness app gives you a virtual high five for, there will be many other occasions when you haven’t worked out and you’ll see that little widget glinting at you, reminding you of your failure. You might’ve been ill, or depressed, or busy working on a brilliant new project – the app doesn’t care.

from: I need to escape from the planet of the apps | Bella Mackie | Opinion | The Guardian

Do you need to escape from the planet of the apps? | The Daily Stillness

Well not really. I get annoyed a wee bit by some, for example Medium asks if I want to turn on Alerts, now or later?   I would like a never button.

But the affordance of a mobile device are worth the odd Notification. Most I’ve turned off, I’ve learnt not to be bothered by unread lables. 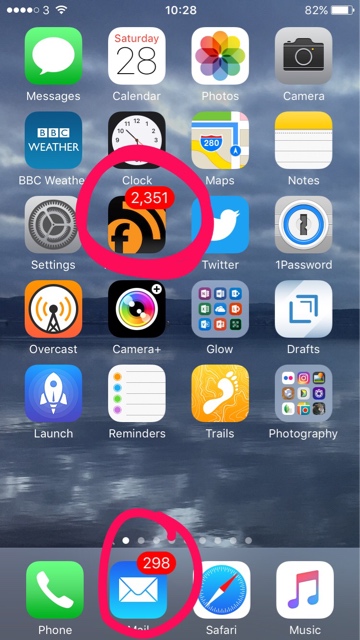 This is a device where I can record, in text, audio, video, image and other formats. I can find out almost anything almost instantly almost everywhere.

This is a device which can perform small miracles and if fits in my pocket.

I can turn my phone to airplane mode if I want, I don’t take it into the same room when I sleep.

I am aware that I have a sometimes unhealthy relationship with the notifications I do have on. My work email could probbably wait, but this problem is dwarfed by theÂ positive things I get from that wee device in my pocket. 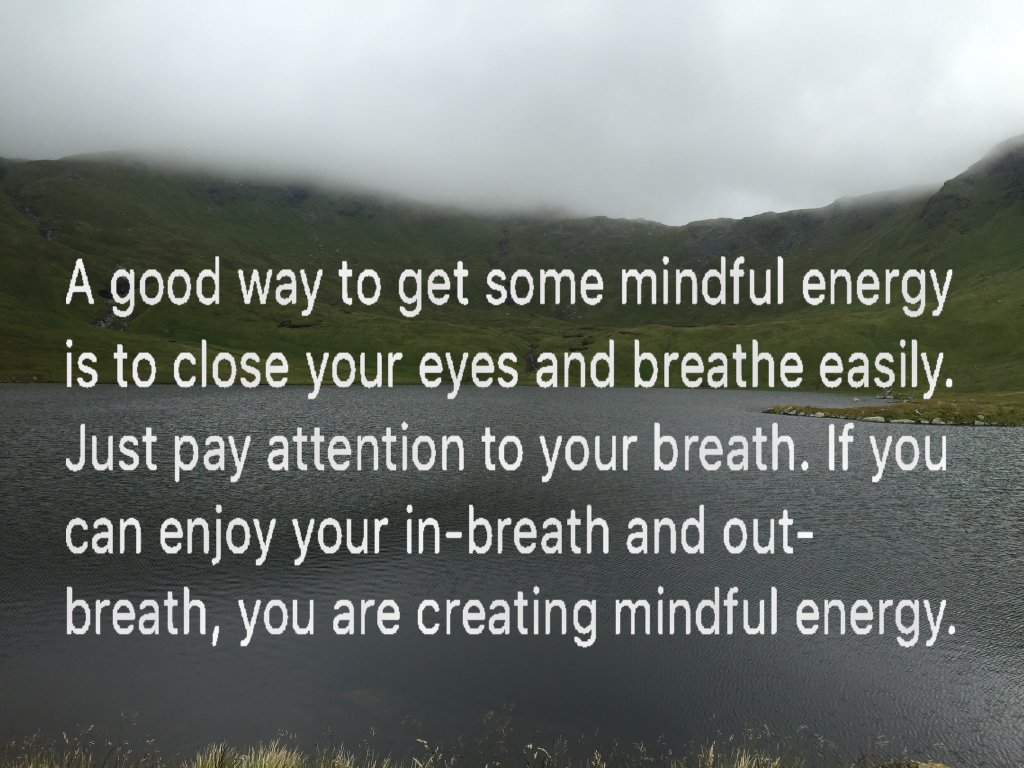 #tds282 Is nothing something? | The Daily Stillness

Quote from Is Nothing Something? – Lion’s Roar

1. Go to a public place that you pass daily and take a photo, not too close and not too far
2. Download the photo to a computer and look at it for 3 minutes
3. Return to the location and take detail photos of things you noticed while looking at the original

We are recycling this one for the weekend for our friend @johnjohnston who could not do it on a week day!

from: #tds263 Seeing the familiar in a new way | The Daily Stillness

I went for a walk in the park yesterday morning and took a few shots. None of them looked promsing, but I went over this one carefully: 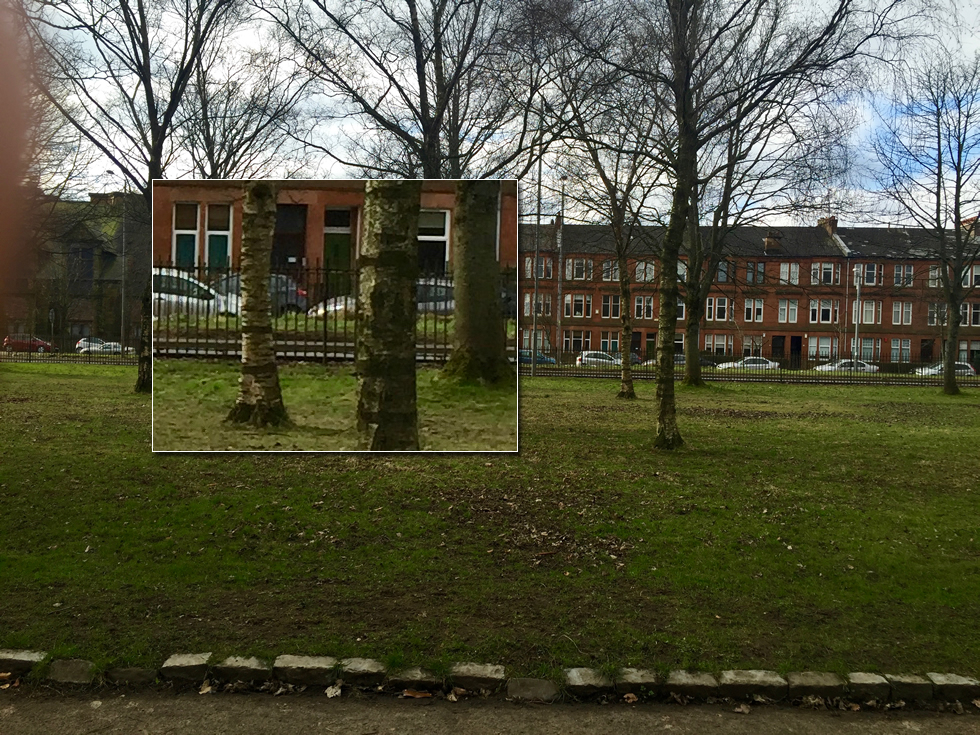 I’ve hi-lighted and zoomed to the bit I though worth revisiting. Turned out I did not get back to the park yesterday. Today We went a little further afield for a walk and picnic. 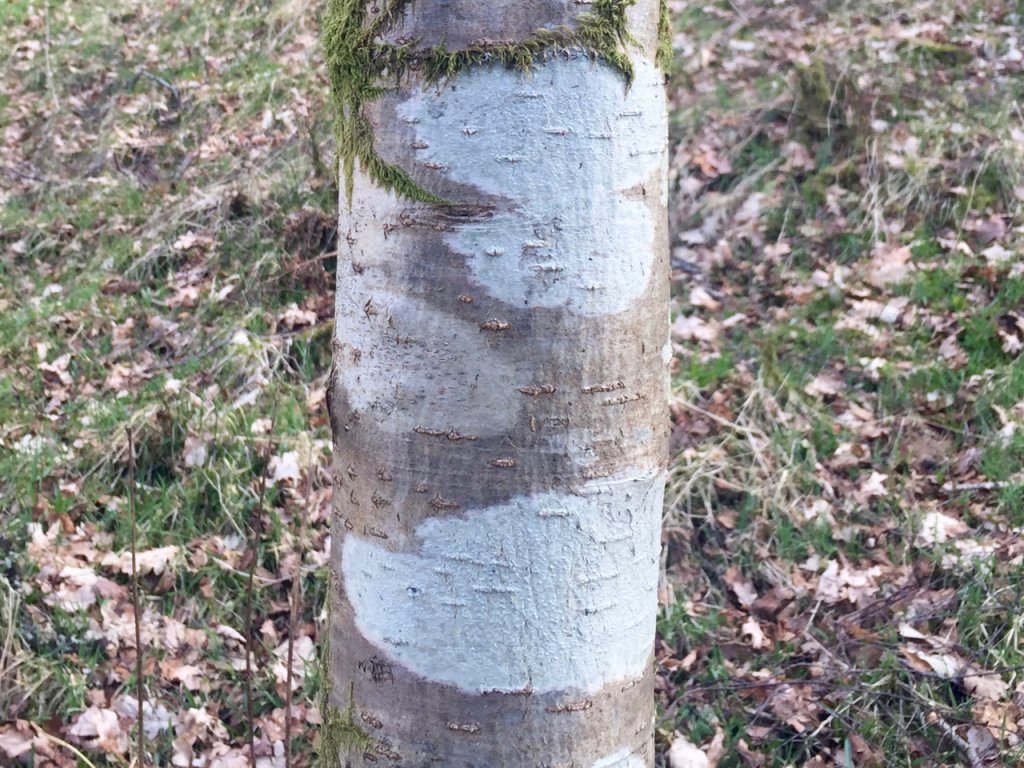 I spent a fair bit of time looking at trees and bark. Neither of these are particularly interesting photos but the exercise itself was.Â

If I had gone back to the park I may have tried for the kerb stones rather than the trees, but I can save that for another day.

#tds261 Solitude in the abandoned | The Daily Stillness points to João Bernardino: Solitude In The Abandoned – Better Photography which is marvellous.Being a work day and most of the daylight hours I was inside I didn’t get much of a chance. Took a quick shot of the bin lane while empting the rubbish this morning: 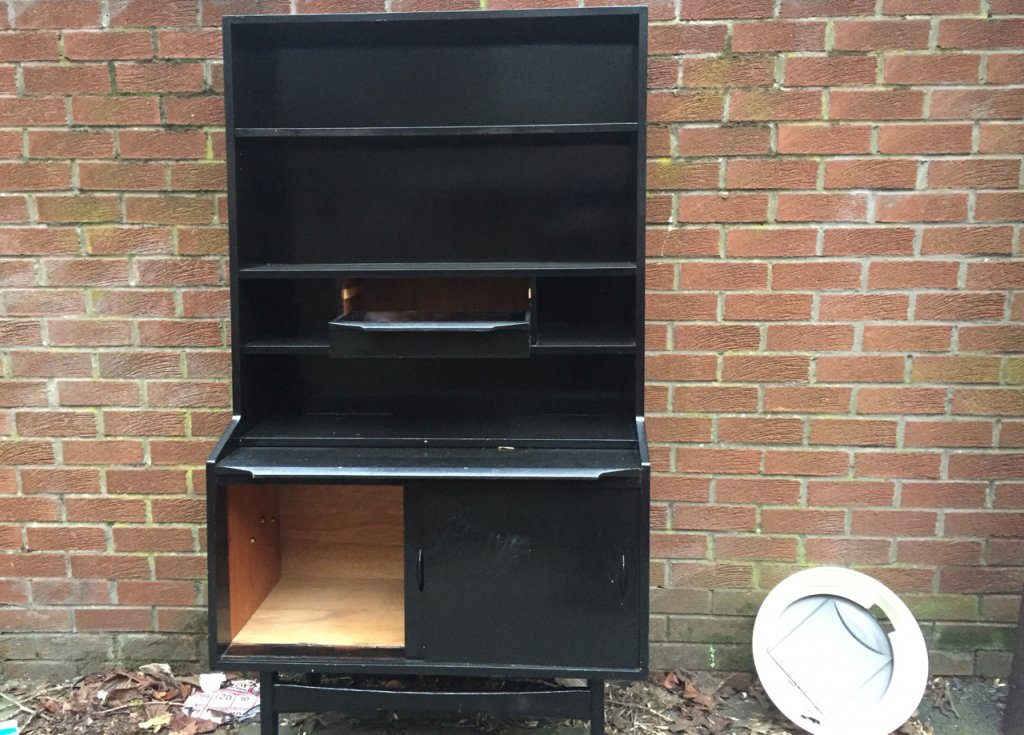 And when I arrived home I got another shot of the lane in the dusk: 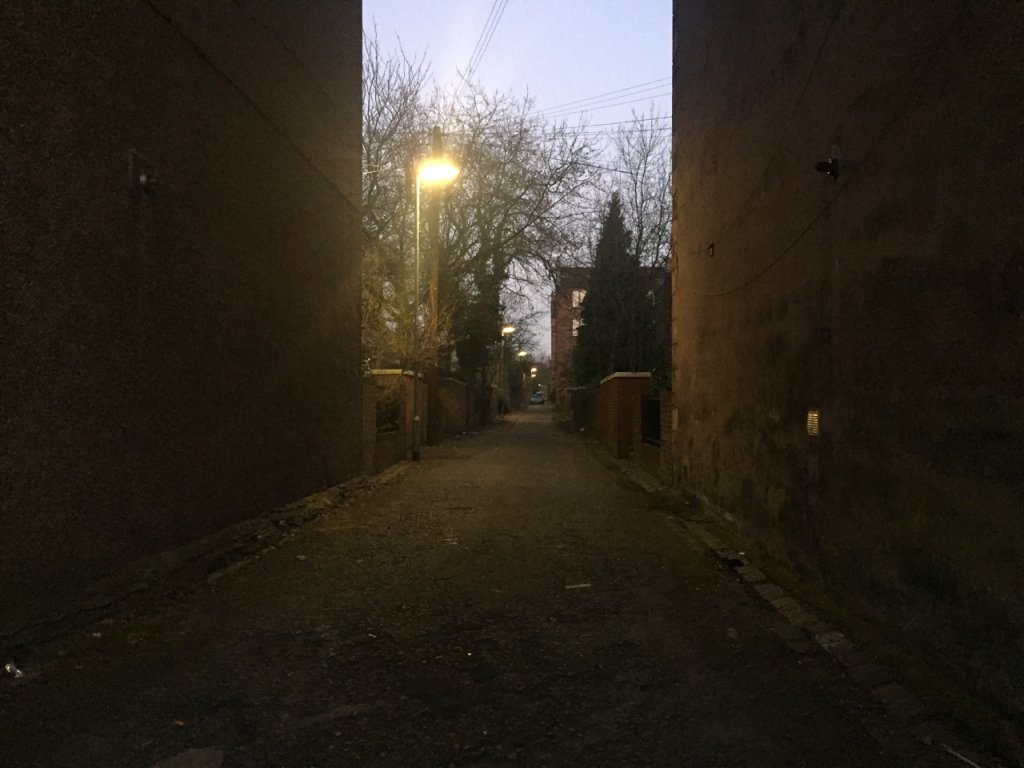 Neither really approach the “Solitude in the abandoned” but the idea is compelling. I often enjoy the places that are edging old industy that has started to rewild. Canels & railway tracks. I am going to keep my eye open.

Today attend to all sounds in your day as if they were your favourite music.
I didn’t manage all sounds, but I did listen with care a couple of times. First time at 7:30 when I went out to go to work. I often notice the bird song but don’t pick up the traffic as much.
I don’t think of myself as musical and probably pay more attention to lyrics than melody or harmony. Listening to the morning I don’t think I managed to approach it as music.
Later after work I went for a walk round the park. A few times I started listening. Again, traffic, less birds, more voices and dogs nails clicking the Tarmac. Listening seemed to also quieten them nee dialog a wee bit and open the eyes and senses. It was a lovely spring evening, I saw my first bat of the year that my ears are far to old to hear. 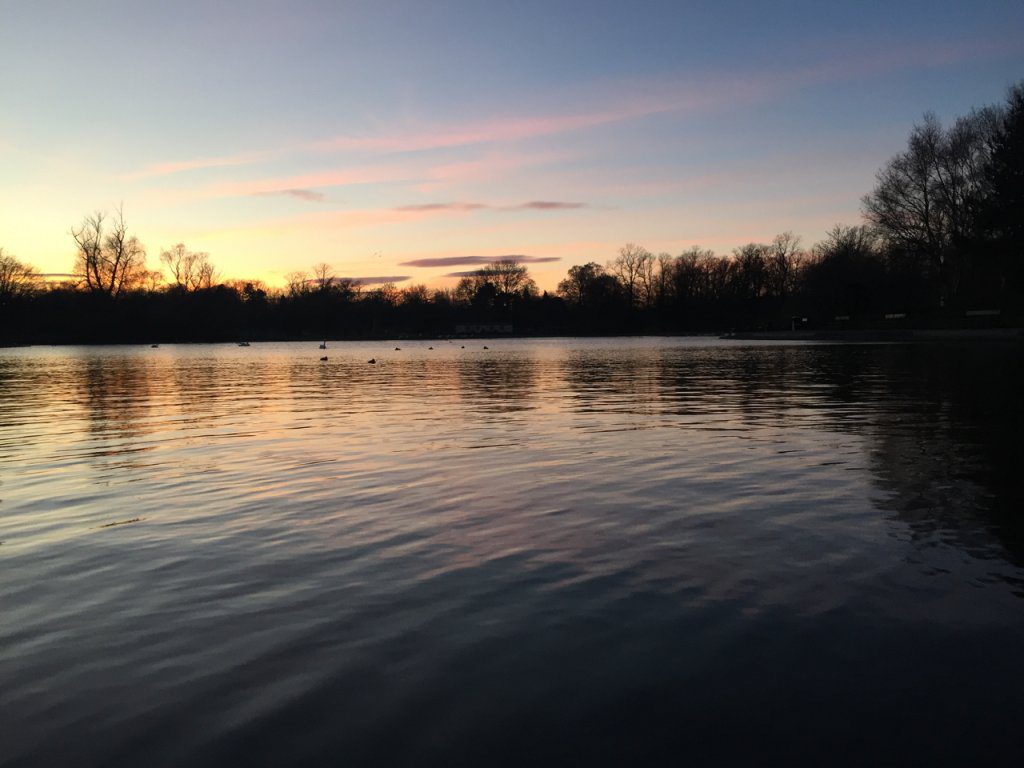 The morning audio uploaded dosent seem to play here, so: 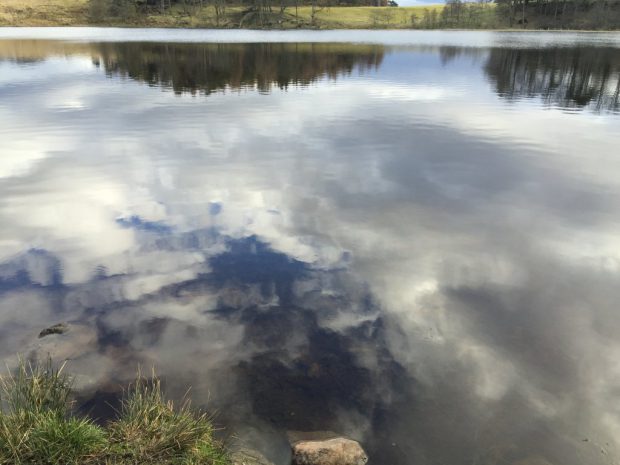 Yesterday’s stillness was to pick one of 75 pleasures and

take time to enjoy it. Show us in a photo

Well I did a few of those things yesterday, but I don’t think I paid much heed. I had a better chance this afternoon. A walk, a seat beside the loch, a wee bit of stillness.

I have become a bit more aware about how I am skipping by these chances to quickly.

I am finding the daily stillness almost always interesting. I don’t always respond publicly, sometimes I am too busy, sometimes I want to keep my response to myself. I amÂ particularly enjoying the recycling of the exercises.

I am reminded of Jin Shengtan’s list of 33 happy moments, I’ve just found these on tumblr but I read them ia an old secondhand book many years ago.

It has been raining for a whole month and I lie in bed in the morning like one drunk or ill, refusing to get up. Suddenly I hear a chorus of birds announcing a clear day. Quickly I pull aside the curtain, push open a window and see the beautiful sun shining and glistening and the forest looks like it has had a bath.

Ah, is this not happiness?

Take 10 minutes to enjoy the â€˜ephemeral absoluteâ€™ today. Could you just sit back and enjoy? Did you find yourself getting impatient and wanted to see the next painting and the next and theâ€¦? Did you want to break the artistâ€™s intent and get a screenshot of that favourite painting to keep (Disclosure: we nearly took a screenshot for this daily)? So many lessons about how we relate to the impermanence of life in such a simple artistic idea.

from: #tds245 Ephemeral art for stillness | The Daily Stillness

GÃ©neration …Etc…  This is great. Even before I had got through reading the daily post I was thinking screenshot.Â

This is exactly the sort of thing that makes my mind race.

Before I have watched three images stream by: how is this done, can I do something like it, let’s look at the source.Â

Not stilling my mind. I pop down to the bins and the newsagents. I am excited, gifs, servers, writing this response. I love being excited by a stream of thoughts and ideas.Â

Half way through the hundred yards to the shop I remember that this should be about stillness. Feel my feet, watch my step, breath, follow a crow, smile. A few seconds later I am thinking about thinking, and this post, and my neighbour who passes…

Back in the flat I watch the webpage while coffee boils. Not exactly stillness, but absorbing. Are there patterns? or am I making them up. I like this stuff, maybe I can get it on the big screen at work…

I could save any image by pressing and holding on the iPad. I don’t.Â

The image with this post is a gif made from a string of imaged generated by Decim8 on my phone. Giffed with a reduction of colours in fireworks. Sort of inspired by the images from GÃ©neration …Etc…

Starting by listening to the video in one window while doing something else in another with 30 odd tabs open was probably not the best start:-)

I never did get to one tab. I did pay a wee bit more attention to how many tabs I have open and why.

Some tabs are open because I’ll come back to them.

Some tabs I have open because I want to collect a bunch of links and I have a script for that.

Sometime (quite a lot) I have more than one tab open because I am copying something, like the code for the tweetÂ above into a post.

I am logged into a service I know I’ll need later on. I am actioning the mail in one tab in another. I need to read both.

I don’t think I’ll be giving up my tabs too soon, but I found thinking about it interesting.

Command-Shift-\ is a useful safari shortcut: