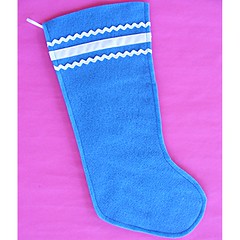 It has been a while since the EDUscotICT conference and longer since the Cabinet Secretary’s announcement on Glow Futures.

Recently I was re reading Glow Questions and Answers (FAQ) | Glow Scotland and notice a couple of things:

2 What happens to eportfolio content that we are starting to use?

Glow blogs are based on WordPress which are exportable at any time by the end user. We will work with you to move content from the existing services to the new services.

18 What should we do to prepare for the next generation of Glow?

I am a wee bit worried that, as far as I know there is not list of pilots/beta services to consider, but hopefully something will be published soon. The longer it takes the harder it will be to move smoothly to the new system:

The next generation of Glow will be delivered on time to benefit the teachers, learners and parents for the 2012-2013 school year.

There are lot of interesting possibilities for online working, but my main interest is blogs. The Current glow blogs were a welcome addition to glow but there are several improvements that I’d look for in a new service.

When blogs began to be used by Scottish educators in significant numbers (say 2005) many of the early adopters were excited by the possibilities of RSS, using it to track and mashup information this excitement didn’t really spread as blogging increased and I’d guess most of the folk using glow blogs don’t really think about RSS at all. They should, especially with the huge uptake of using blogs as e-portfolios. A teacher trying to keep up with several class loads of portfolios would be able to do so using RSS if RSS worked properly with glow blogs.

There are a couple of problems with the glow RSS feeds. One, they do not work very well with some aggregators. We were disappointed to find that they failed to work with ScotEduBlogs, a workaround was suggested by glow where you used Feedburner to create a valid RSS feed from your glow blog, a step to many for a lot of folk and one that has stopped working. The second problem is that the eportfolio blogs are private and can only be seen by logged on users. The feeds therefore do not work in an RSS reader such as google reader. (I can subscribe to other ‘private’ blogs that need authentication but the way security in glow is set up prevents this.). Being able to aggregate sets of eportfolio blogs would be a huge win for teachers. I can’t really see the problem with giving public glow blogs working RSS feeds or in creating a safe and secure aggregator to allow easy tracking of many blogs.

Themes, plugins and other features

When the most successful users of blogs in Scottish primary education movers her pupils blogs out of glow it is a fair indication that there is a provlem:

@johnmclear Gave #Glow a good try – but wasn’t fair on children. Tried all other options before moving, but primaryblogger best by far

Many folk have been disappointed in the lack of themes, plugins and updates. Personally, having had a little experience in digging into WordPress just a little deeper I think it would be an advantage for those of us who want to to be able to develop and work on the themes themselves. Recent version of wordpress let you develop child themes based on an existing theme.

This is a big one, as we move away from the desktop into a world of mobile devices the metaweblog API would, among other things, let you use one of the many apps to post to glow blog. These apps, available for android and iOS devices, make blogging without the need to know any html really simple. At the moment it is possible to post to a glow blog from an iphone or ipad (examples Ipad « John Johnston), but it is less than straightforward.

So that is what I’d like for Christmas, or the new year, I hope Santa is listening.