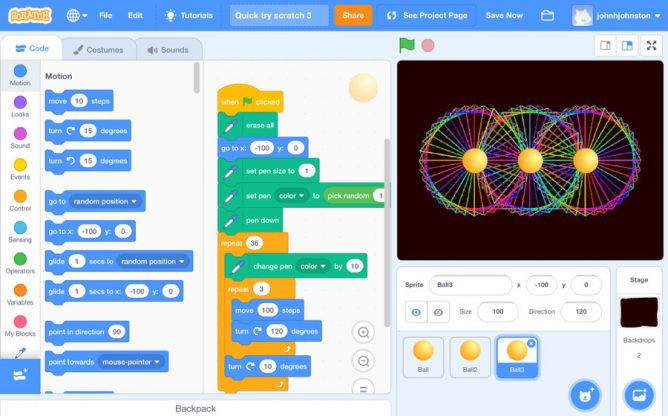 Scratch is now at version 3.0. I’ve been looking forward to this as it will now support the iPads my class uses.

I gave it half an hour or so on my iPad and am delighted to say that it does what is says on the tin. The iPad I am using is an Air 1 so a good few years old. It was a little laggy now and again but nothing that I worried about.

I was especially delighted to see that old scratch embeds still word and now work on iOS too the Scratch Embed example on Glow Blog Help just worked.

I also tried exporting a Pyonkee project and then importing it into scratch 3 on the iPad that worked too. Pyonkee is an iOS app that is based on scratch 1.4 that my class have been using.

I look forward to introducing the class to scratch on iOS in the new term.

Here are a couple of useful links: