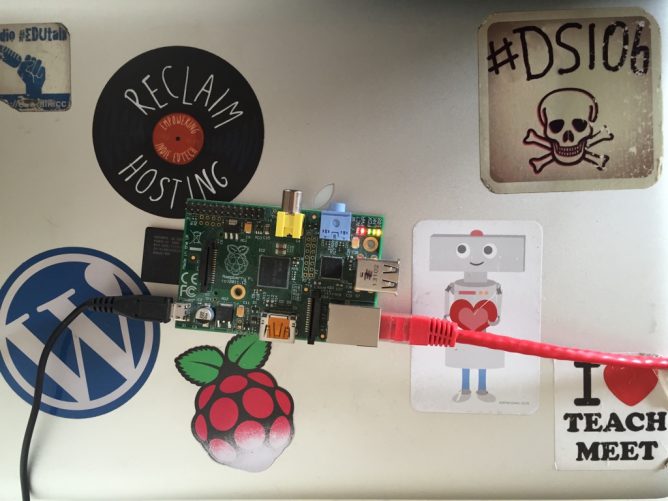 I am not sure why but it stopped recognising the camera module. I’ve decided to give that a rest while keeping the pi going as a server for other things. I’ve also moved it from the windowsill to a better position on my local network.

It is still running my River5 which I wrote about Raspberry River and a basic web-server: john’s pi server.

I’ve now added Dave Winer’s blogging software 1999.io: johnjohnston which has been running for nearly a week. Setup notes: 1999 set up on my pi

This has given me a chance to play (a little) with all the pieces, node, git, the pi and a new blogging system.

1999.io is quite opinionated software and has some differences from systems I am more familiar with. I’ve written some notes 9 Thoughts on 1999.io (archive.org link) & Comments, Rivers and Glossaries (Archive.org). It is helping me think a bit about how software affects us.

I’ve also bought a Pi NoIR camera which I’ve used on my other pi, grabbing photos every minute of the bin outside our window in the hope of catching some foxes. It is not posting to the web, but over the network to my mac. My poor craft skills mean it was balanced on some cardboard and slowly slipped through the night. No foxes were photographed on the first try. I’ll be getting a better mount and trying again.

I’d like that, second, pi to be portable with a few buttons to do different things, start timelapse, grab and post a gif, etc. I’ll need to learn a bit more.