Lots of information about glow and glow2 trickling through twitter recently. There seems to be a change in timescale for Glow2. This was discovered: View Notice – Public Contracts Scotland which is a strange way to find out about the change, especially after Mike Russell’s initial announcement how Glow will be developed in September 2012 on YouTube. That announcement and the following summit last October lead me to expect more regular and open engagement.

On monday Charlie Love sent me an interesting link and which I then discussed tonight on Radio EDUtalk, after which Charlie tweeted:

Glew is beta software of a single sign-on framework which can be used to integrate Google Apps for Education and other services such as WordPress Blogs, Media Wiki, Moodle and many more. This is a test site so please accept that authentication and users may be removed during testing.

So pretty much a glow 2 style site with a lot of tools I’d expect from Glow 2. Although a Beta you get a really good idea of how this would work. The most interesting feature, to me was the expandability of the site, I asked Charlie about the possibility of adding a wiki to the feature set, in 15 minutes he had added a MediaWiki (the software used in Wikipedia!) 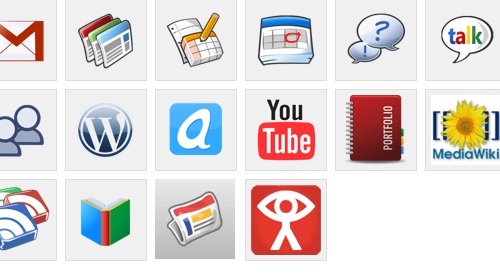 I highly recommend you pop over to Glew and have a look around.

Hopefully the 15 months that the Government have to work on glow will let them build something like this, if I was the Cabinet Secretary I’d give Charlie a call.