Periscope is a new video streaming service that hooks up through your Twitter account. It seems to have stolen a march over its rival Meerkat: Periscope v. Meerkat: Our Initial Re/action | Re/code

I gave periscope a quick test yesterday afternoon. In a break in the rain I headed to The Whangie for a quick walk. When I got to the Whangie itself I had I blob of 3G on my phone so without much hope I fired up periscope.

I was quite surprised that I seemed to connect and started walking and talking. I could not really see the screen due to lack of reading glasses and s rain speckled screen but I think a few people connected.
After nearly four minutes I finished. He app seemed to be trying to upload the video? Given the poor connectivity I was not surprised that it failed. The video was saved to my camera roll though.

Later reviewing the video I see that I made the mistake of assuming periscope would do landscape videos. The video look like a misty day in minecraft, I guess quality is decided by connection? 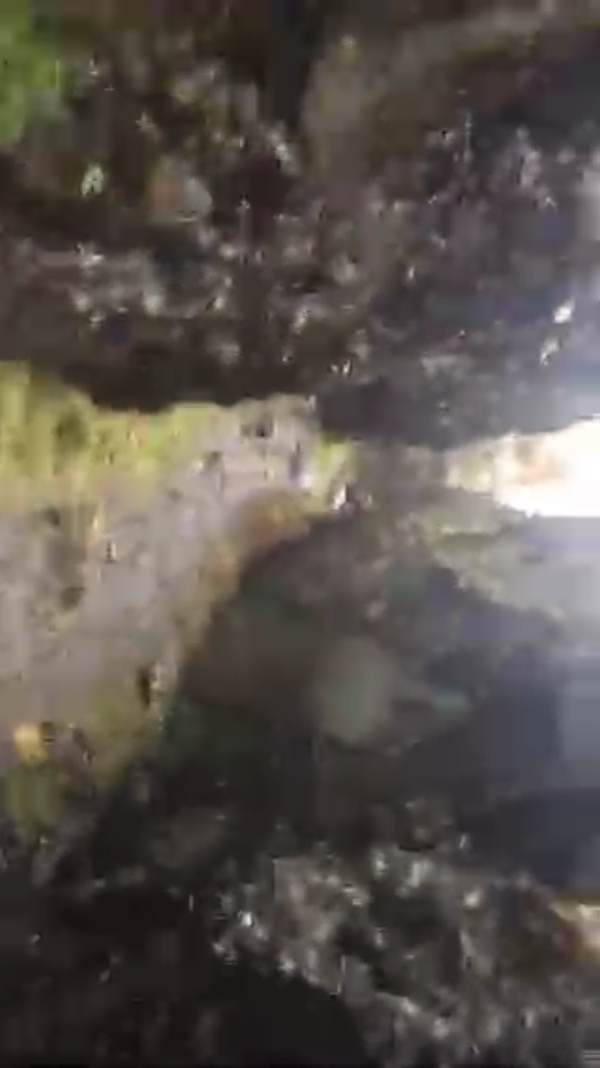 I’ve watched a few other streams and the quality has been a lot better than mine. It is quite strange watching random streams as folk try to figure out what is going on. I did see a broadcast of a ‘sporting’ event from quite nearby as swimmers in wetsuits tackled the Maryhill canal locks.

Educationally, what is this good for? Perhaps live links beamed back into classrooms from field trips or broadcasting egg incubators out to pupils at home after school.
The app is optimised for iOS 7.1 or later and iPhone 5 and up which I guess rules out my old iPhone 4 for experimenting with.
Why use it rather than other streaming apps, ease of use first and perhaps the low bandwidth requirements.

2 thoughts on “A peep through the periscope”