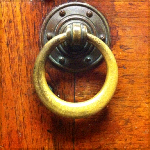 Although we were initially surprised at the low turnout we ended up EDUtalking for four hours. I, for one, had a great time. learnt a lot and came away with some food for thought.

The event was held at the Chaplaincy of Strathclyde University which was a great space. There were sets of couches and easy chairs and given a bigger number it would have been easy to split into sub groups an d use the space flexibly.

I felt there were subtle differences meeting in a neutral space: not some ones school and early in the day: not a pub. I felt that this, and the fact the event was due t run for a couple of hours with expansion time available, made the conversation open ended and relaxed.

This conversation ranged over a lot of topics, circling, ict, glow and challenging behaviour a few times. We were each invited to bring some topic to the table, I am not too sure if we covered Olivia’s or David’s but mine was talked about and I saw linked ideas pop up in other discussions.

I was thinking about the way good teaching or classroom ideas bubble up, spread a little and go away again. My example was blogging which I think we are now on the third or fourth wave or bubble. I wonder why something that seems to be a great idea fades and then is rediscovered. Olivia delighted me by recounting using a BBC computer game embedded in her topic work back in 1992 (I was surprised she was old enough to be teaching way back then). I got the picture of the BBC being used as one part of a rich topic. Obviously Olivia’s practice continues to be enriched by here experience (check out here blog) but the question remains why this is not now standard practice? It can’t be lack of hardware as Olivia (I presume) would only have had one BBC for her class.

We also talked about the possibility of other EDUtalk Conversations and wondered if it might be better badging these TeachMeet 365 as well. THe idea share a lot of common ground, especially the idea of avoiding sponsorship. David has collected a few free locations that could be used and we could see all sorts of possibilities.

I certainly hope to see more of these events and am kean the idea spreads.