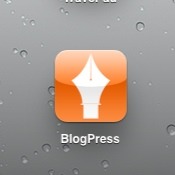 Yesterday I spent the afternoon with a group of teachers and managers talking about iPads. This was lead by Fraser Speirs and some colleagues from the Cedars School there was a ton of interesting and useful information passed on but I was particularly interested in a quick demo by Andrew Jewell of the BlogPress App. I have tested a fair few iOS blogging apps both here(iPad HTML Blogging & Blogsy ) and in glow. BlogPress is not a whizzy as Blogsy but it seem a bit more straightforward to use. Basically a text editor with a simple HTML insert menu and support for Flickr and its own image hosting. I went back to Blogsy for another look and to show it to someone last week and found I had forgotten how it worked. BlogPress is simple enough that I’ll not have to remember anything. 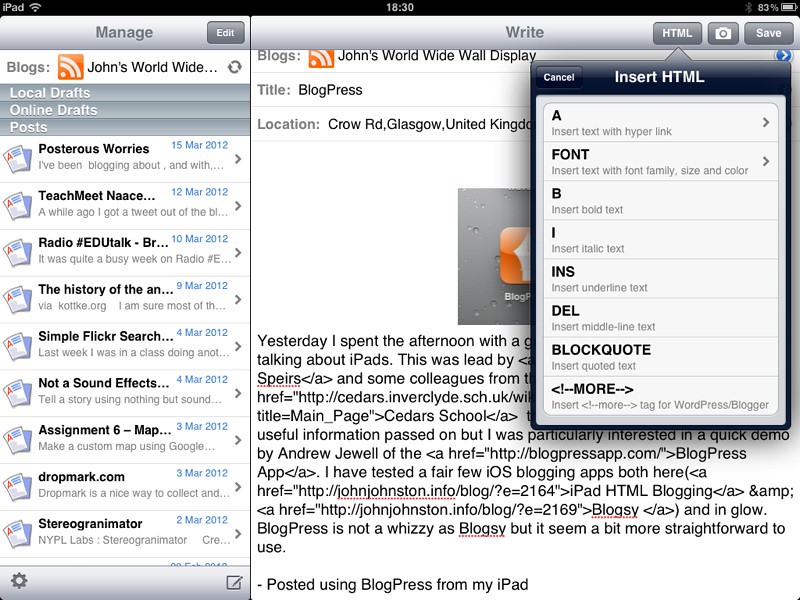 – Posted using BlogPress from my iPad