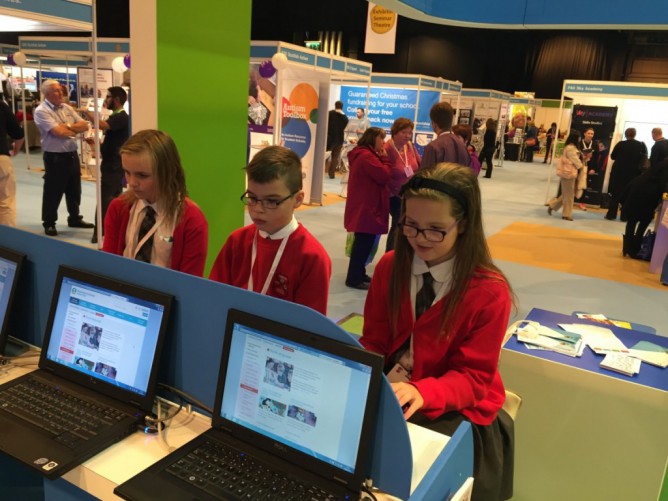 I’ve spent the last couple of days talking about Glow and Glow Blogs in particular at the Scottish Learning Festival.

Today I was co-presenting at a seminar on Blogs with Mrs Andrea Hunter and three of her pupils from Whinhill Primary. I asked Andrea to be involved as I enjoyed her blog last session at Gourock Primary, for example: Why Blog? Andrea has since moved on to Whinhill Primary and is blogging with her class who joining in with Blogging Bootcamp #2 like champions.

The Pupils did a great job and Mrs Hunter spelled out how to organise blogging in the classroom supporting and scaffolding their learning perfectly. This allowed me to just talk about blogging in general, touch upon my favourite topic of syndication.1 and explain a little about how the e-portfolio plugin is coming on. The seminar was filmed and I hope it published somewhere as Andrea and the pupils presentation is well worth sharing wider.

My day was made when later on twitter let me know about this post: SLF 2015 on Diary of a Whinhill Pupil. The Whinhill team had gone off around the SLF floor and must have commandeered a few computers to post to their blog.

I also managed to show a demo of the new Glow Blogs e-portfolio/profiling plugin to a few folk over the two days and it was well received. We hope to have this released later this year.

1. I might have mentioned on the blog a few times that I like aggregation, and believe this is a wonderful addition to Glow Blogs. More on this soon. ↩