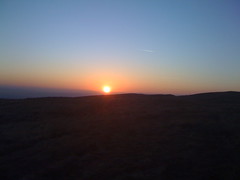 For the last couple of years I’ve had end of year blogs reviews (2006 and 2007 Roundup) and I guess it it that time again.

I’ve had a bit more change in my life than usual this year reflected in the change of blog url and title.

I don’t really think I’ve got my head round the direction of the blog yet but I hope it will develop over the next year.

I’ve blogged steadily, although at a reduced rate this year about a post a week. The main reason in this reduction is probably twitter which is providing sense of community, which is one of the reasons I blog, without the effort. I blogged about twitterish things a few times: News Reading, New Tweeting, ObliqueTweet, my first twitterbot, Edu Twits – a no code mashup (part 1) and Twitter, fun and facts and generally had fun with twitter.

I also blogged about and blogged with posterous. I’ve manages 64 posts there since June a much better posting rate than here. Posterous is an amazing blog service where you can blog via email, very simple to use with lots of interesting possibilities. At this time last year I was pointing to Tumblr but I think posterous is better for my purposes and posterous can forward posts to tumblr (and blogs and twitter and flickr and…). I’ve not used posterous in an educational setting, although I know Dai Barnes is using it with pupils successfully.

I’ve always enjoyed blogging about actual use of technology in my classroom as opposed to possible ideas but I did as usual post about technology that I’d played with tested rather than used with children including:

A minor note on my big change in September was the iPhone. It has transformed my tech life and I blogged about it: ScotEduBlogs on iPhone, took it for a walk and onto the onto the train. The phone has change my reading habits (more rss), blogging habits (more twitter and posterous), filled up my flickr account and increased my interest in gps, kml and mapping. I’ve not really used the phone facility much though

I did a fair bit of blogging about my classroom including: A Jukebox and a Wiki, On the street where you live – An International Poetry Project and GPS MathTracks, the last was about my favourite lesson in 2008, combining several interests: teaching outside, gps and the iPhone. It was also one of the last lessons I taught at Sandaig.

After I left I posted a couple of times rounding up my ideas about Small Scale Video and Cameras in Class these, I think, are my most useful posts this year.

Next year, blogging about my classroom, which I’ve always though was my mainstay will disappear. I guess I’ll keep playing with the toys (my least commented on posts are the ones I like most; messing about with APIs and amateur mash ups, but lack of comment will not stop that

), I’ll think about classroom practise without getting too idealistic or unrealistic (I hope) and probably post about Glow as it is introduced into North Lanarkshire. Have a good one!