On Friday Professor Muffy Calder Chief Scientific Adviser for Scotland announced The ICT in Education Excellence Group completes its report on the requirements of a future Glow service the report can be downloaded from the Excellence Group Report page on The Scottish Government site. I’d recommend that anyone interested in using ict in Teaching and Learning read it.

There is a lot of detail in the report covering many aspects of Glow Plus, here are some bits that have jumped out at me in the first read through or two:

While these documents refer to this service with the working title of “Glow Plus”, the Group proposes that a rebranding of the service – involving users – should be part of the implementation.

I’ve heard a lot of negativity for teachers about ‘glow’ some of the more clunky aspects of the initial implementation and the confusion over the transition to a new version have created some negativity. From talking to teachers where I work I’d guess the use of glow has dropped off considerably except for the use of e-portfolios. Rebranding might help, but a solid system will help even more.

The new service should be as open as possible, with only personal and procured content and services behind an authentication barrier.

Interesting to read Jaye about forcing teachers to use glow to access national 4 & five material. The more that is openly and easily available the more folk may use ICT and that is surly the point. I know some material must be behind paywalls, because we pay for it but not everything we logon to use needs to be behind a password.

The development of Glow Plus will necessarily be an iterative process and the Group recommends development using an agile development process with close involvement of users and other stakeholders.

I’ve blogged enough about the need for glow to be in perpetual beta to love the agile word here.

Teachers should be trusted to use their professional judgment about how ICT should be used.

To allow a power user or third-parties to develop integrated services a simple application programming interface (API) will enable support for applications to be integrated to the platform and feed the learning stream. As a result of integration, single sign-on will be achieved for that app. This API will also allow the limited release of user data based on authentication and attribute release/data exchange.

Some of the most interesting, most used, parts of glow have been the bits hacked by teachers and others rather than developers. Alex Duff’s bending wordpress into a usable e-portfolio despite the restrictions built into the glow implementation, Con Morris’s CPD groups that make the portal look nice and more importantly act like a web 2 site and Glow TV, developed by Pam Currie I believe, all show the power of users being able to develop what they need. An API and the open systems promised by the report could make the new glow a lot more open to this sort of development.

There is a lot more to the report than these quick takes, I recommend again, go and read it. I hope to think aloud a bit more about it here at a later date.

Meanwhile in the House of Love

While working as part of the ICTEX group Charlie Love has been developing Glew. Charlie is allegedly a computing teacher, which is hard to believe if you look at how Glew has developed. Glew is a prototype of what Glow Plus could be. It has been in steady, rapid and agile development for a year or so (guess). It pulls together a pile of open tools: wordpress, moodle, google apps, and more into an open but cohesive whole. It is the sort of Glow I’d want and when it is not a hint to Charlie is usually enough to get a new service added or bug sorted.

I am very keen to find out what Glew could be if it was under full time development and if Charlie had some assistance in developing the site.

A while back I said ‘I want a couple of things’:

I still want these things and believe that the ICTEX’s vision and Charlie’s interpretation would give me these. 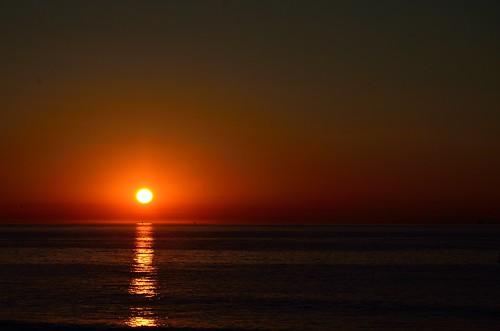 Michael Russell,
The Cabinet Secretary for Education and Lifelong Learning reflects on the work of the ICT in Education Excellence Group

and my priority is not to lose momentum on this quality piece of work.

It is now important to consider the report and the feasibility of the recommendations therein and I am immediately establishing mechanisms to do that, including retaining the Excellence Group as a Reference Group to advise us going forward.

Seems we will need to wait a bit longer, I hope not too long. I feel that the Government missed a trick after the eduscotict / ICT Summit in 2011. From Mr Russell’s post it certainly sounds as if they will not this time.