Morning Conversation, I love the emojis at the end. 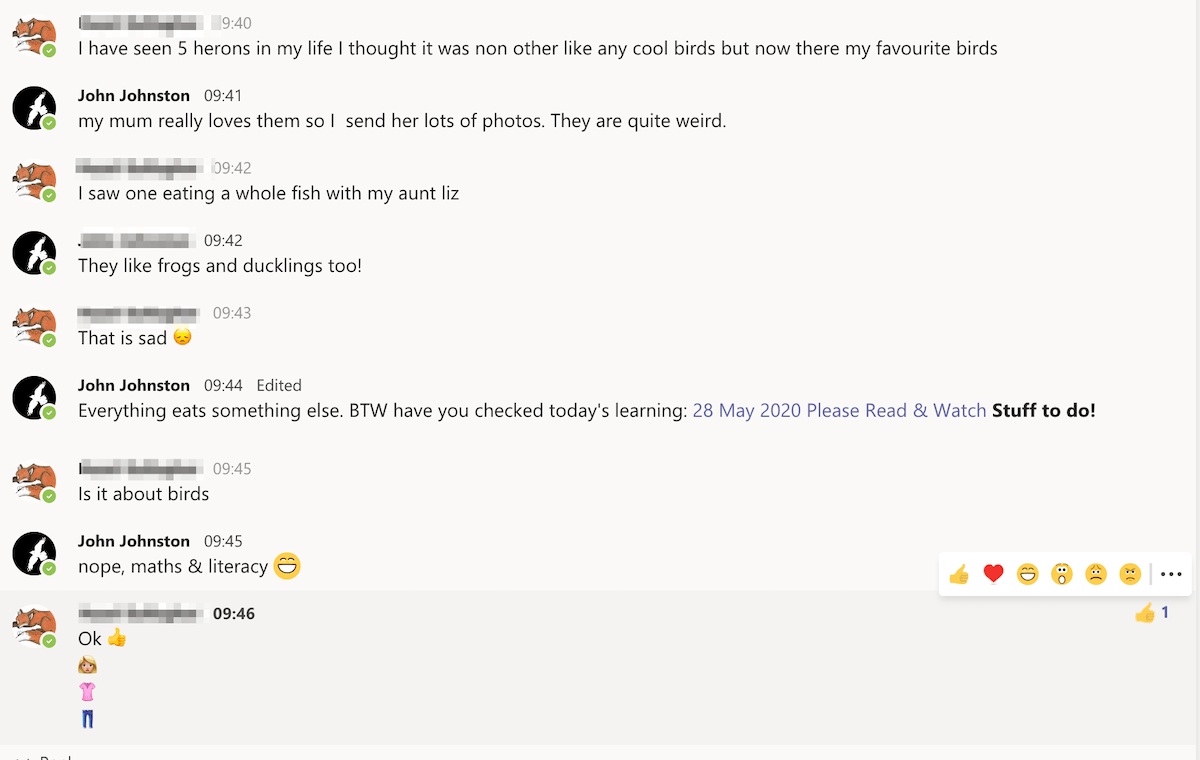 Some notes, part of a ragged collection on lockdown learning.

So far I’ve been following a pretty standard pattern for our class team meetings. 1 hour a day 5 or six items running from a prepared PowerPoint.

I think most of the pupils enjoy it or at least the ones that have turned up come back.

I try to give as much time to them to talk as I can, but it is difficult getting contributions when we don’t know who is going to talk. I do a fair bit of round the class and some shout out when you have an answer!

My main problem is the slides failing to show up on the pupils screens. I don’t think I’ve managed a meeting where everybody has seen the slides in a timely fashion. My screen is white/black is a common cry.

We had a meeting this morning where less than half the class turned up, so only 12 in the meeting. I gave up trying to use the slides as there were too many problems. This was with a 1.9mb powerpoint so I am not sure where the problem lies? I have generally a very basic approach to slide decks. No transitions, very few images, lean & mean.

I’d really like to know how to get the slides to work a wee bit better. I even tried turning my video off to see if that would help, but it didn’t make much difference. As I’ve no idea about the pupils connection it is difficult to even guess.

I had though earlier that flipped learning might be the way to go, and do link or embed some videos on our blog. I got the impression that they were not much watched. I am now thinking that it might be better to make my own videos and ask the class watch them just before the meet. This will of course mean more prep.
So my classes timetable for tomorrow looks like:

I thought hands up in Teams had reached the iPad, but it seems not.

I am beginning. To see a drop off in participation, or in the sending me ‘work’ via Teams, e-Portfolios or email. I don’t think the May holiday helped, although I had a few pupils posting and even opened Minecraft up for a while on Monday. Maybe changing things up a bit in the meetings will help.

“@Beakhar @MicrosoftTeams So our p7 transition have a task this week to design in minecraft. They can submit a photo of their build or now a video . Kids could upload a video of their science exp though. Or an explanation. Need to be smaller than 50mb though”

‪Might be good #digitalliteracy to talk about video size? I remember back when I started kids posting online 1st lesson was resizing jpgs to 480 pixels. Unfortunately more modern tech makes this less easy.‬ In class we do an Airdrop back & forth so I can squash videos for kids.

It is interesting to reflect upon different social media spaces and think about the features and the limitations.
….
I think that is why I have taken to posting on my own site and working from there. Maybe that does not always have the same reach and interaction, but we have to compromise somewhere.

Works in Glow Blogs too.

Interesting: Tweets MPs Delete (@deletedbyMPs) from Politwoops – All deleted tweets from politicians who have an API

I’m hoping to catch up on some blogging about stuff I have been doing with ds106.tv over the last month or so, but before that I wanted to quickly share an awesome tool that Chris Lott pointe…

I love YouTube-dl useful for lots of things. Some YouTube videos are blocked for me at work but I’ve got a Hazel script watching a folder in OneDrive on my home mac that will use YouTube-dl to download videos from ids in a text file added to the folder;-)

“@johnjohnston @IaninSheffield @Sfm36 @Miss_Anderson @athole @StephenReidEdu @IanStuart66 @claganach I am a POSSE kinda guy to be honest John. I will often carve a response on my site and then either send it via SNAP or copy it and then manually add the syndication link. Documented much of my workflow here https://t.co/8pmpBCxrPD”

POSSE is best, but I sometimes knee jerk or fire a quick tweet & then think that would be best on my site. I am also lazy & inconsistent. Some real gold in Managing Content Through Canonical Links, thanks

Petals on the pond 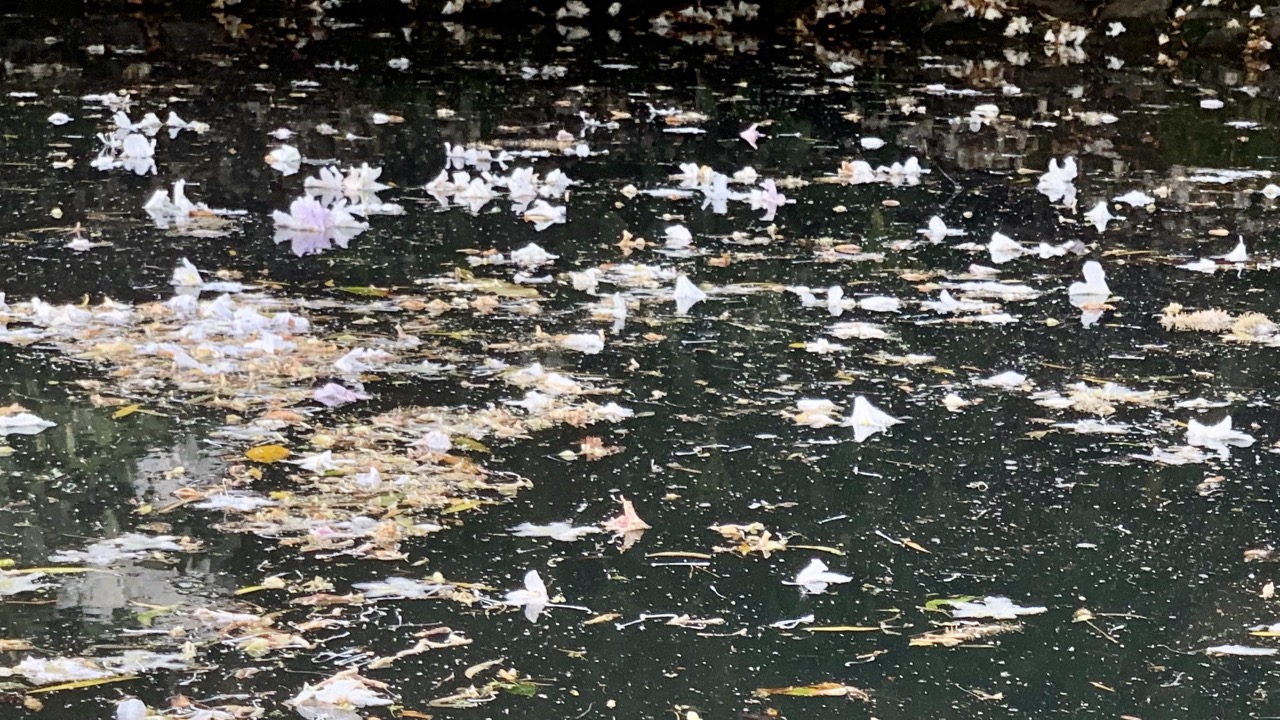