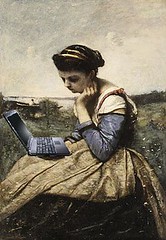 Glew is becoming more interesting everyday. The MetaWeblogAPI is now working. This is a big deal. The MetaWebLogAPI is the code that allows you to post to a blog through a variety of software rather than through the web interface. I am writing this post on my iPad using the blogpress app. This will publish this post via the MetaWeblogAPI. I usually use textmate on my mac to write blog posts. It uses the MetaWeblogAPI too.
Recently I’ve been asking primary pupils about how many of them own an iPod touch, often in the upper primary class it is the majority of the class.
Glow blogs never managed to have this feature enabled. A great pity. The potential for pupils blogging on the hoof is a great one. Imagine a school trip. The teacher has an iPhone, this is set to be a hotspot. Pupils are posting pictures and text while they are on the trip. iPod equipped pupils could be updating their eportfolios by grabbing photos of their artwork as it is produced. Glew blogs can now also be public on the Internet, so you can see my first Mobile test made with BlogPress on my iPhone and a Blogsy test made from an iPad.  – Posted using BlogPress from my iPad