Read: The Colony by Audrey Magee ★★★★☆ 📚
engrossing exploration of colonisation & its woes in Ireland. 1979 adventures of an English artist & French linguist appropriating, each in their own way, the culture of an Irish isle are interspersed with reports of death in the north.

The following bit of CSS takes care of the blurring of content in the WordPress Multisite admin users view.

This is really useful looking. I spend a lot of time taking screenshots of Glow Blogs. Blurring usernames while leaving useful information is a pain. 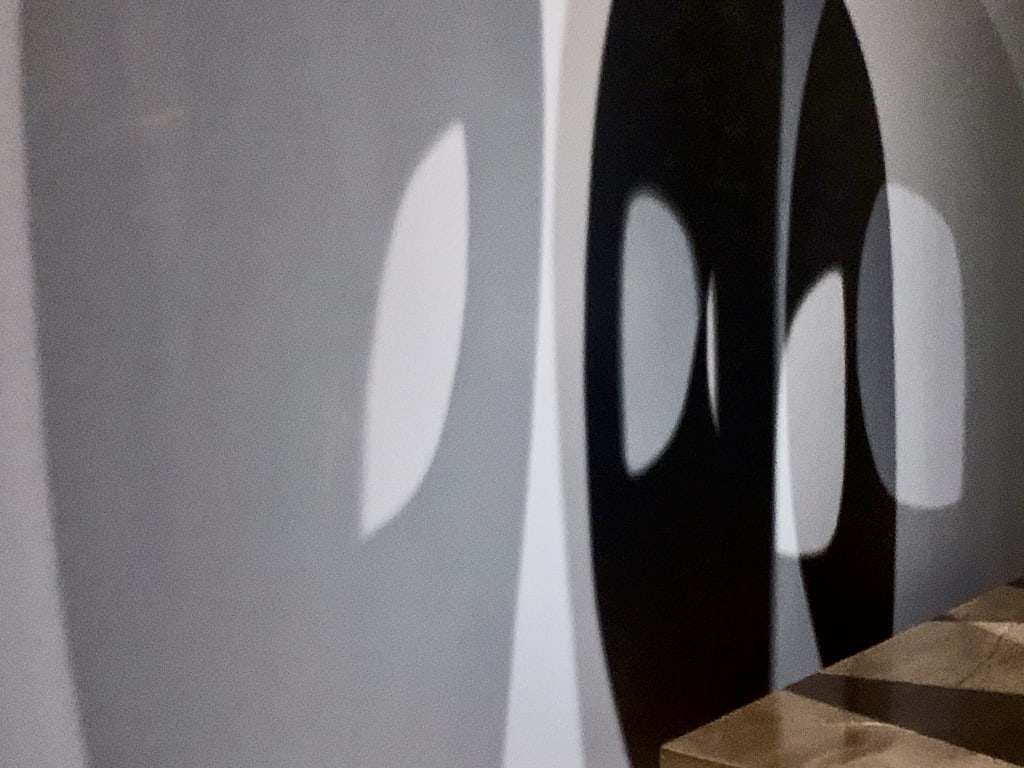 We went along to Barbara Hepworth Art & Life at the National Galleries of Scotland. Really enjoyed it, beautifully put together & lit. 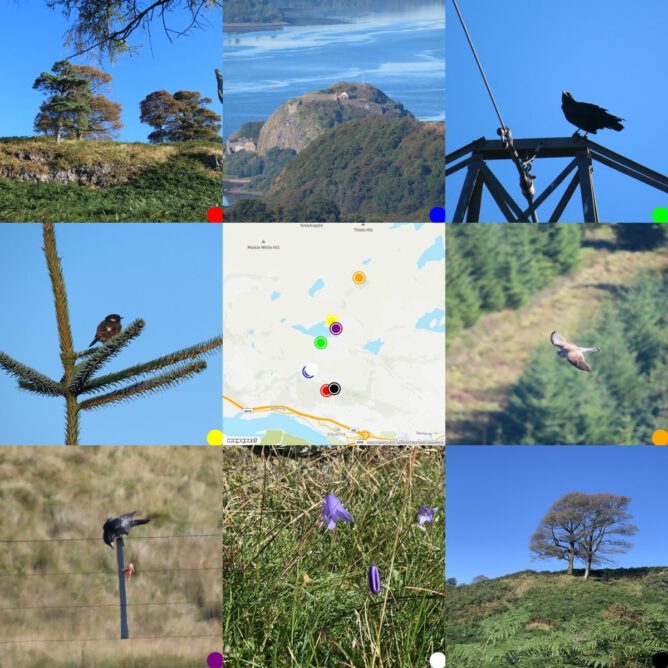 I’ve now plotted 61 walks on the same map which is quite interesting. Spacebar hides the map tiles for that abstract look. 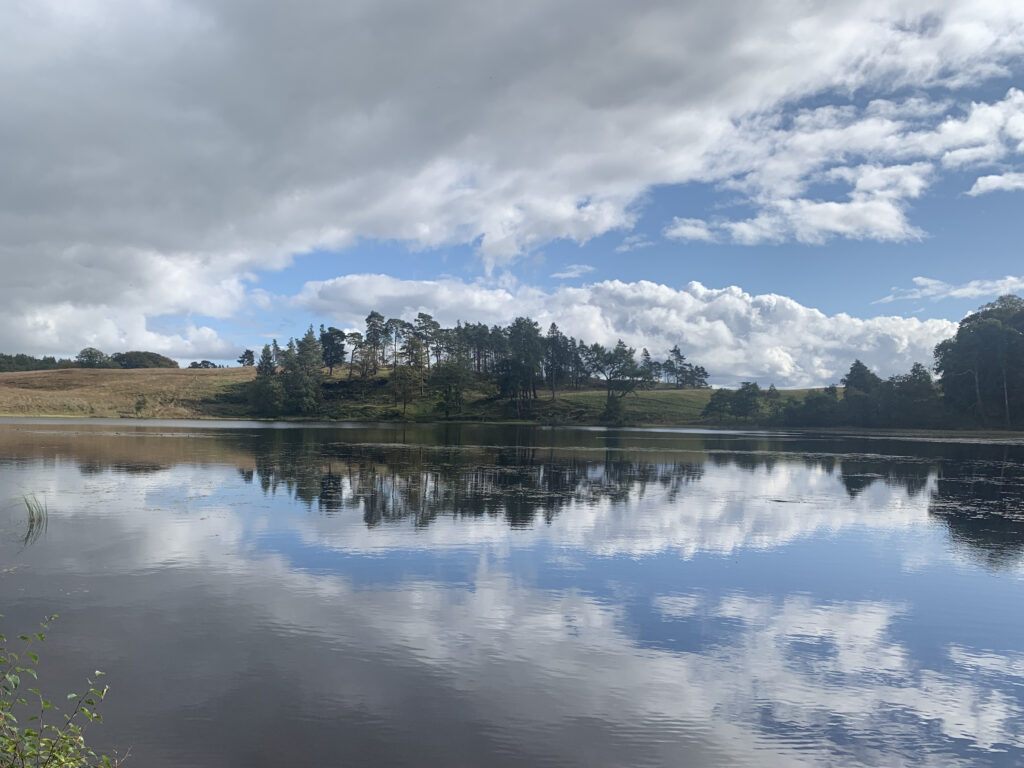 Had a walk around Ardinning this afternoon, few dragonflies about, photos of Common Darter (pretty sure) 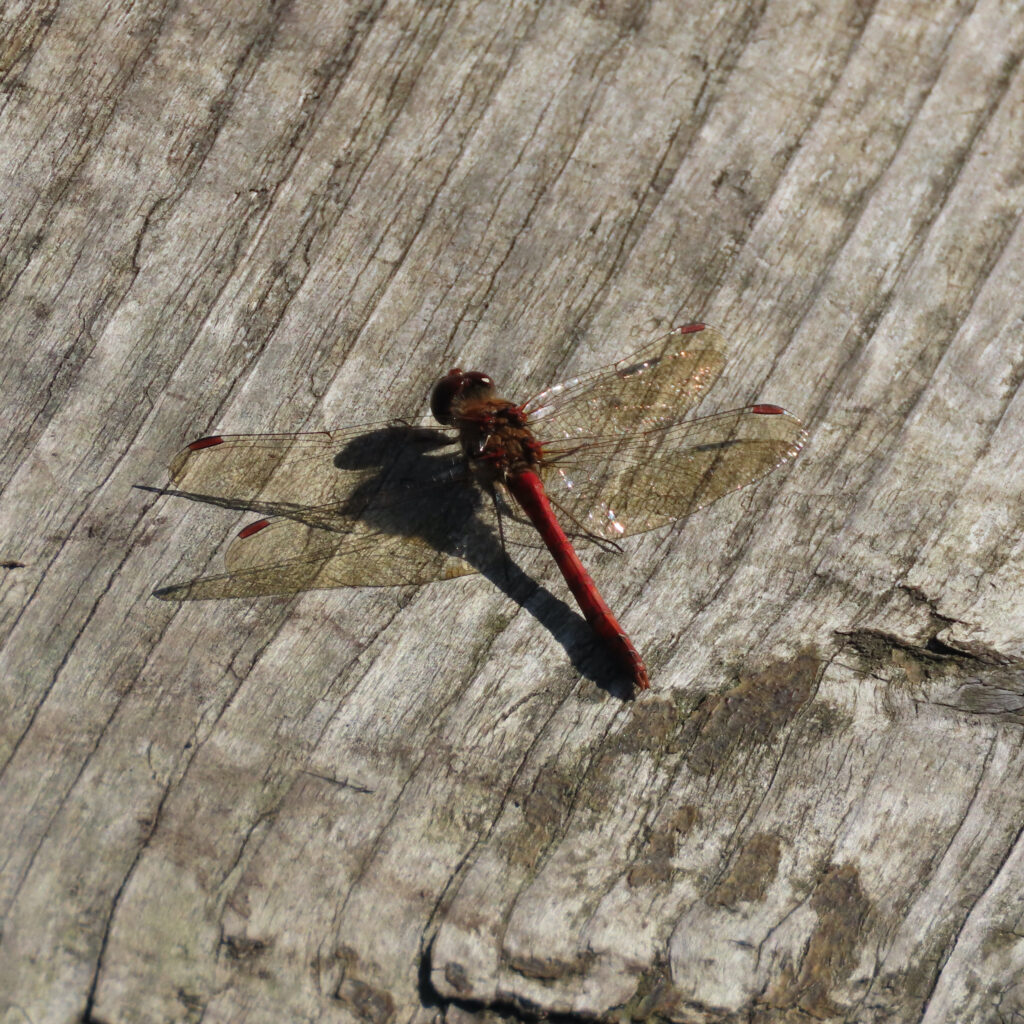 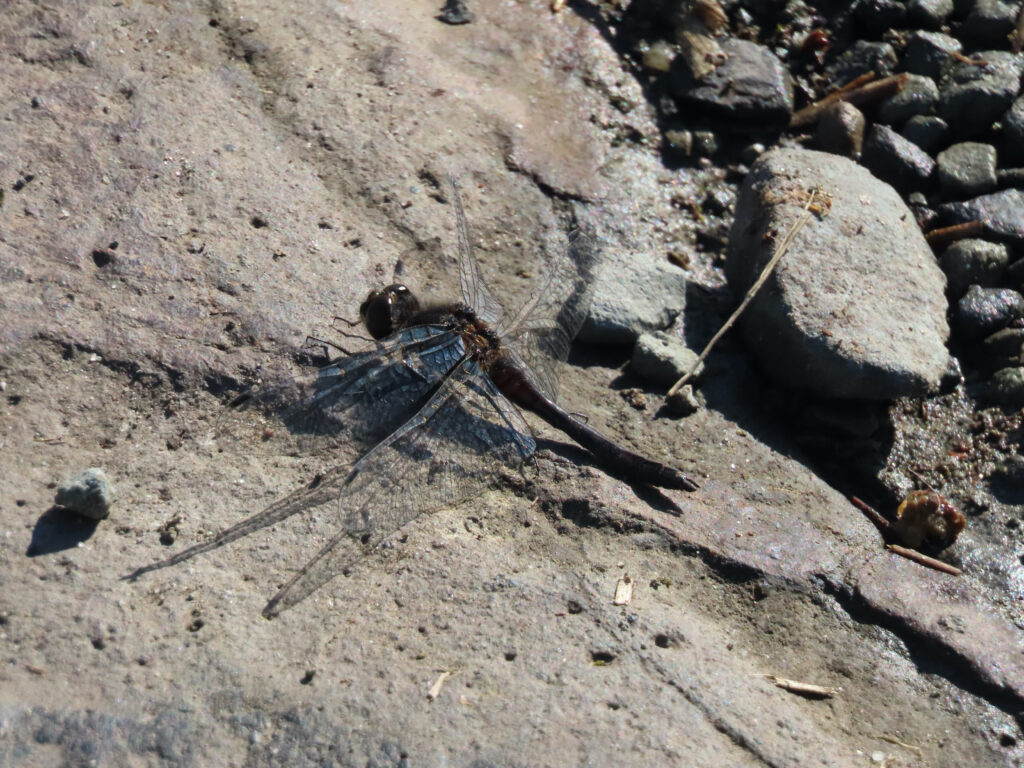 Just gathering a few podcast feeds. Problems:
1. Search finds links to podcast aggregators/apps rather than original site 2. These sites tend not to show the RSS feeds.
I know I can search & sub in Castro (or other app), but I just wanted to gather rss urls.
Mood Grumpy 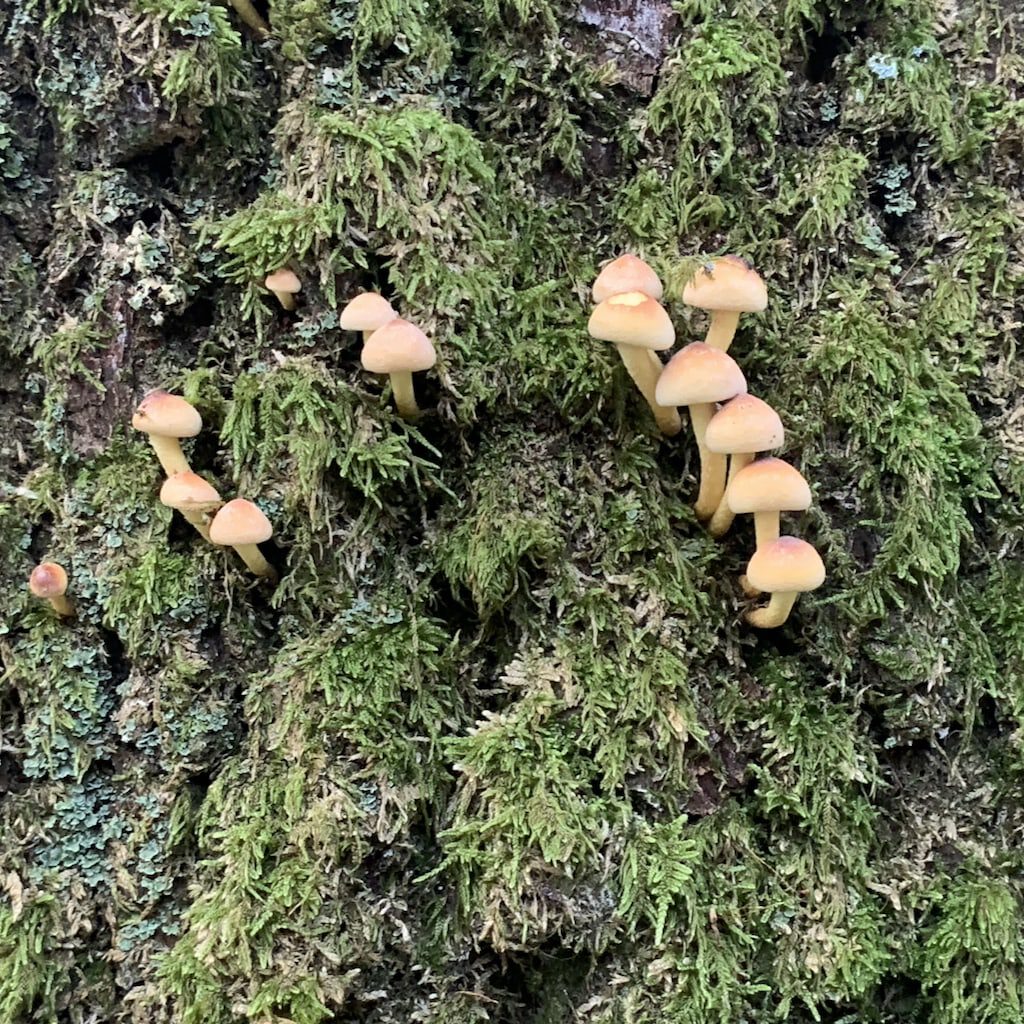 We had an outdoor learning day at school yesterday. Took a snap of these pretty wee guys growing on the mossy side of a tree. No idea of species.

Uh, you know, you could imagine a history of podcasting, that evolved more just like a digital version of radio, and didn’t have this, this idea of a feed. And there are services out there, I think, trying to get back to a more controlled, like not, not a feed-based system,

I’ve been really enjoying dipping into Really Specific Stories which is about the creative practice of RSS-based tech podcasting. So far a lot of the episodes I’ve listened to have been from duel point of views as listeners & producers. I’ve found the ‘listener’ views particularly compelling.

I’ve not managed to post any notes about the episodes I’ve listened to but I’am delighted that they come with full transcripts. I mostly listen to podcasts while driving, ideas pop into my head and vanish. The transcripts let me go back and skim to be reminded.

I didn’t really need to skim this episode except to grab a quote. Daniel’s passionate arguments for RSS and publishing in the open came across very strongly. I both enjoyed and agreed with it all.

Although Really Specific Stories is about tech podcasting I think anyone with an interest in podcasting would enjoy it. I’ve listened to several episodes now and will continue to follow it. 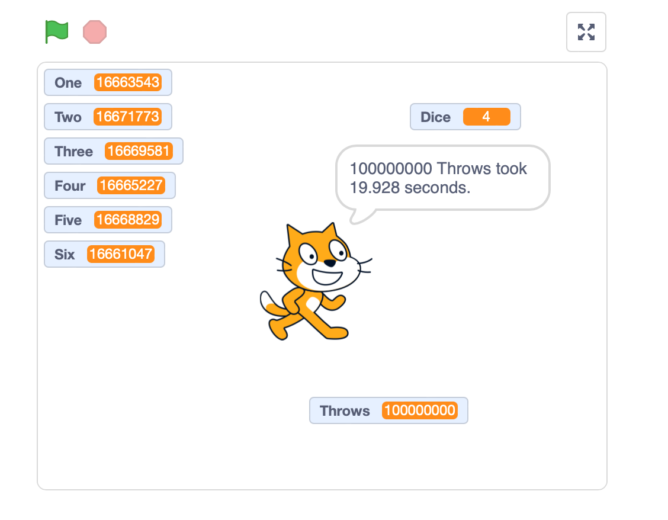 Just found this amazing tool to convert any @scratch project into a #Mac #App. You can now literally use this kid’s tool to put apps together! Incredible and I managed this in less than a minute! #everyonecancode #scratch #appinamin #coding How to make a Scratch Project into a Mac OS app in under 1 minute – YouTube

The TurboWarp Packager Converts Scratch projects into HTML files, zip archives, or executable programs for Windows, macOS, and Linux. but it is linked to several tools that are part of TurboWarp:

TurboWarp is a Scratch mod that compiles projects to JavaScript to make them run really fast.

Now the sort of thing I do with scratch is certainly not in need of speeding up or turned into an application! But I have seen many really complicated scratch programs, but my needs are simple.

I did recall a maths project we made in class a couple of years ago, when working on probability & chance. The project throws dices a number of times. Of course the class wanted to run it many many times, but it got a bit slow once we got to 10 million throws.

Here is the Project on Scratch:

For me 100 million throws took 1056.443 seconds in Scratch and 21.784 seconds in Turbowarp. I guess device, browser, operating system and the direction of the wind might change these results a bit. I also expect the code could be a lot better;-)