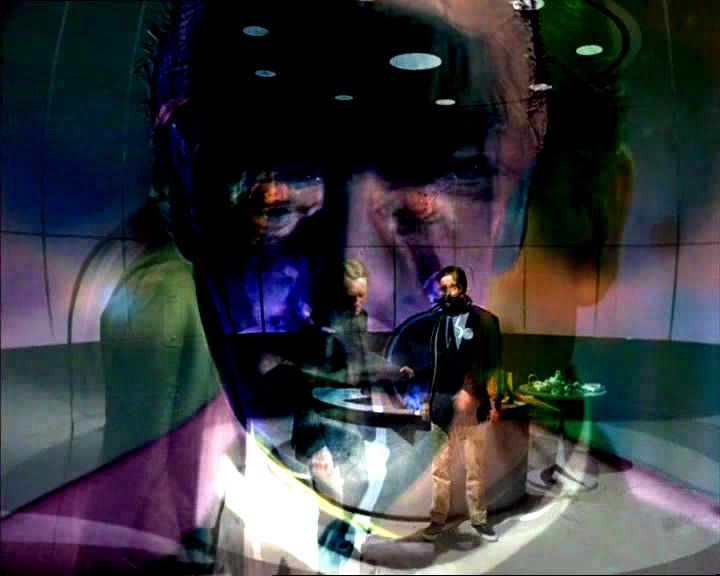 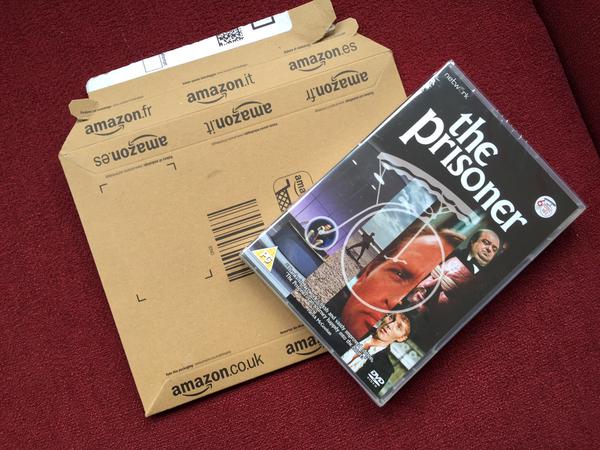 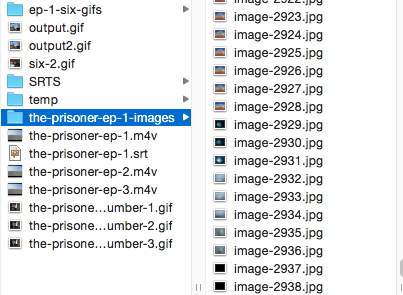 Not got much time for typing. Just finished working through this week’s demands. Strange things afoot. I am no sure how seriously to take cats in a story. But you have to do some research in this business no matter how strange. I’m not making the right connections but some things are aligning up….

And this is what I am hearing:

The audio was knocked up in a few minutes, Paul has a nice voice. The technique I used will be in a post tomorrow or the day after. I am planning a supercut tutorial too.

Three SuperCut videos from season 4 of the wire on the words, school, schooled and schooling after a prompt from Jim Groom. Made with videogrep.py

I was surprised at how few times schooled or schooling were used.

Supercut videos are a nice way of looking at this sort of stuff but you can get a quick idea of the use of words by finding them in the subtitle (.srt) files.

For example I downloaded season 4 subtitles from The Wire S04(Season 4) english subtitles – TVsubs.net. This gives several versions of the files. I found before that the DVDRip.TOPAZ.en.srt ones work best for me. I’ve put them in the same folder as my wire episodes and renamed them to match these files.

I then grep -e 'school ' *.srt which outputs a list of the episodes with school in the subtitles and the line:

Only has 3 mentions as does schooled

I am sure lots of ds106 students can thing of some other useful and interesting ways to use this.

My last couple of posts have been about using and setting up videogrep.py.

I’ve been thinking about how to use it, especially since Jim Groom gave it a rousing reception( Wiring Supercuts & The Game Supercut ).

I’ve always liked the suspect board on the wire, where the detectives pin up pictures of suspects in a mindmap fashion, and wondered if I could make a board with Supercut videos of the characters. Turns out I can: Wire Characters Season 1.

A man must have a code

First thing I had to do was make the supercuts, I just used the method described in the previous post, with one wrinkle. Some of the characters are refered to by more than one name, some times Kima is Greggs, I wanted to catch all of the references. It turns out that the default search for videogrep is a regular expression. Now I don’t know much (anything) about regEx, but a quick google game me the pipe character as OR, so:

Gets clips with either Kima or Greggs in the subtitles.

I then convert the mp4 files with miro video converter, using iphone as the setting, this lets me hear the clips which lose sound on my system. I open the output movies with QuickTime Pro find a still and hit copy. Switch to Fireworks and paste into a new document, save as a jpge with the same name as the video apart from the file extension.

I’ve now got a folder full of movies and images and just need a html file to display them.

I wanted to do a few things with the display of the videos, I wanted them to be is some sort of disarray as if pinned on, not all lined up. I also was making this in between all of the supercutting. This lead me to put the videos on the page with Javascript rather than hard coding all the tags. If you are really interested you can view the code on the page, I’ll just blog a few concepts here. I did hardcode an array of the names, without the file extensions and a matching one with the character names. It was them easy to loop through these arrays creating video elements and populating them with the video source and the jpg images as posters.

The CSS gives the div wrapping the video a white background and a drop shadow, some javascript rotates the divs (JavaScript Rotate | KaisarCode) and randomised the margins between them and the white border width.

I also used the javascript to scale down the video to fit more across the page and css to set the page width to 1600 pixels (side scroll I am afraid).

when it’s not your turn

I also missed a few things out.

Update: I’ve run all the videos first throught te commandline ffmpg to downsize them to 360×240 and then ffmpeg2theora to create ogg versions.

Dope on the damn table

So while some of this has been for self education around javascript and css there are a few ds106 style things that spring to mind from the exercise.

The supercuts get the parts of the video where a character is mentions, sometimes this is never when they are on screen. I had to use other parts of the movie to get posters for some characters. The supercuts let you focus on the character from other characters points of view and the POV of the writers and directors. Some characters I love and feel are important are not refered to much by name, the video file sizes gives a view of this, Ellis Carver’s video is tiny (I love how his character in season 1 hints of his growth during the wire as a whole).

Although I’ve now watched most of season 1 (third time round) I’ve struggled to watch with a critical eye, or even an eye to a gif, the programme is too absorbing and emotionally involving. It has reinforced the series as my favourite tv. I am especially noticing the parts when charcters show complexity beyond normal tv. Kima, presented very positivly, leads the charge to kick and beat a youth that hits the rather usless police Pogue (or Mahone). The emotion showed by the character at the end of episode 10 and the beginning of 11 is viceral, rewatching brings back the shock from the first viewing in a suprisingly powerful way.

Watching the supercuts allows you to step back a bit, pulls information about a character together in a suprising way letting you see the character and how their story is told in new light.