Or have a look by clicking this image: 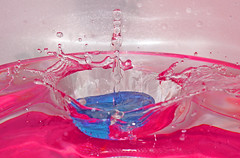 Following on from my last post, I’ve paused in animating gifs when I started thinking of the sounds of gifs, this is not quite adding sounds to gifs but making image slide shows with sounds. Made with a new version of flickrSounds, very much in progress. The first version, produced a list of images and sounds, this one produces a slide show of images which play sounds. I’ve not really figured out a good interface for creation yet but have been enjoying stretching my baby steps JavaScript with a bit of json saving.

At the moment the toy just gives iframe code which might not play that nicely with some blogs. Easy enough to extract the url and link to it. If more than two folk use it I’d add a field for that.

As usual I am not sure how useful this is, Ben Rimes found it interesting but no one completed it as a ds106 Assignments: flickrSounds“>ds106 Assignment. The main thing is I had some fun.

Thanks to a comment by Ben I’ve had a think about the images being of different sizes. Check Show and compare to this Show inside, the second is chosen by adding &l=t to the url.

Step it up a notch and match your train gif to a song using http://gifsound.com

reminded me of flickrSounds, so I made a wee train quote with pictures and sound, much to my surprise I found a train for for this and train sounds for bound.  Back to giffing soon. 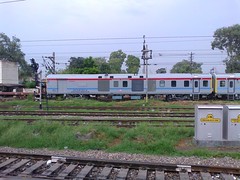 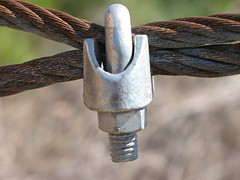 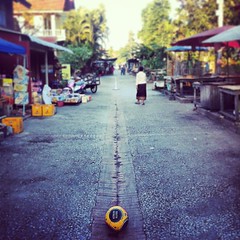 For your safety please remain seated 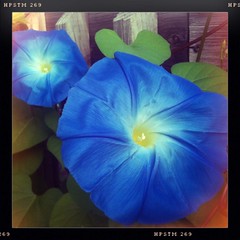 One of the things I’ve really been enjoying about DS106 is riffing off the ideas of Alan Levine (CogDogBlog) like many edubloggers I’ve been following and being inspired by his blog for years. 50+ Web 2.0 Ways to Tell a Story is a standard teacher 2.0 text I’ve also, like many, used Feed2JS on several occasions. A while back I even tried to get a piratebox working after reading of the Storybox.

Anyway it is great to watch Alan teach his ds106 sub group and to follow his hyper activity on his blog. The other day, playing with the current #ds106 audio section he blogged: CogDogCodeAcademy: A Random Freesound Generator – CogDogBlog, this struck a cord as I recently posted #edtechcc Assignment 2 The Sight of Sound using the wonderful Freesound site. Revisiting it and looking at Alan’s code I notice that Freesound has an API. This looked interesting. I’ve now managed to create what I hope may be a ds106 Assignment flickrSounds.

flickrSounds is a simple mashup that searches Freesounsd and flickr for the same word. It then display the sound and picture. You can reload either until you get an image and sound you like. This can be added to a list, and the exercise repeated. Once you have a set of picture/sounds you can grab an embed code to put hem on a blog. A set of pictures/sounds could create a story, illustrate a quote, saying or slogan.

This is for searching for ds106 4 Life. I clicked through a few images and sounds for each word. 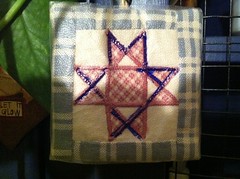 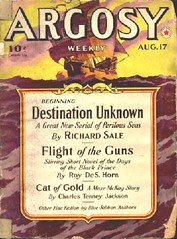 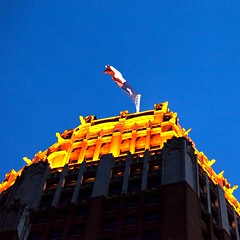 DS106 and Over Branding

I’ve built in a Jim Groom busy widget into the webpage, the default search is dog, my example plays off the ds106 4life meme. Stephen Downes suggested in a comment that ds106 might be being over-branded I love ds106 but I think it’s being over-branded, this didn’t go down too well, but has inspired a lot of interesting stuff:, Martha Burtis’ The Cult of 4LIFE a graphic jokey one and I’m Still Chewing on that Over-Branding of DS106 Comment | mbransons and the comments on that post stand out for me.

It was an interesting idea, as someone just joining in I can see what Stephen Downes means. A lot of the DS106 rhetoric is fairly full on, there is a lot of self reference and pride/ego involved. I also could be put off by not sharing a culture with many of the other participants, being much older, having different frames of reference etc. Looking across the Atlantic it there is a very USA vibe. Lots of other folk with different backgrounds would have different reasons, I can see how DS106 could seem a bit hard to penetrate when looked in on. I thought a wee bit before joining in. but…

There are a couple of things that point the other way, DS106 is incredibly welcoming, the instructors are obviously giving a huge amount of time to the course and still have time to engage with the drive-by participants. They even made an effort to include my rather non standard blog RSS feed in the ds106 site. This seems to me to more than compensate for any exclusivity that ds106 might project.

The over-branding can be seen as glue, very important when you are trying to get participants to work together, and is more over more often than not obviously jokey, mocking the course and the organisers. #jimgroomart (eg: Blue Jump Suit #JimGroomArt #ds106:) is just an example, mock the teacher is one way to strengthen the connection, personalise the course, have fun and in weird way honour the amount of effort Jim makes to comment and make folk feel welcome in DS106.

I am also blown away 1 by the delight ds106 participants take in someone else grabbing what they have created and playing with it. The flickrSounds page is an example of this, without Alan’s positive reaction to my first tests I would not have carried on with this and had so much fun learnig a wee bit more JavaScript.

Heck, I would rather do my own code challenges than someone else’s monkey see, monkey do. Thats the rub with this stuff, the motivation changes completely when it is something you need/want, versus someone else’s rote exercise for badges.

I commented to the effect that I found codeyear quite useful. I’ve been trying to keep up with the weekly JavaScript lessons there (just 3 weeks behind at the moment), as an afterthought I noted that Freesound have an API. This got me started on flickrSounds. In a way this proves Alan’s point, I’ve spent much much longer playing with this than I have in several weeks of codeyear. Partly because of the intrinsic interest of the task and partly due to Alan’s encouragement (blog comments and twitter).

But… I have messed about with javascript a few times now, but this is much neater code than usual (still horrible but relatively better). some of the improvements came from my experience of another CogDog/ds106 inspired piece Visualize That Quote but partly due to codeyear, where for the first time I’ve had the beginnings of an understanding of the basics of JavaScript.

There is a way to go with FlickrSounds, I need to add the ability to remove sound/pics from a ‘saved’ set and I need to test in IE, I’ve never manages to write any JavaScript that worked in IE first time.

This has not been a ds106 assignment, I’ve not done any this week. I’ve only done one daily create, but I feel pretty much in the ds106 zone this weekend.

1.
blown away is the nearest I can get to the DS106 comment style. This is much less reserved that my usual nice