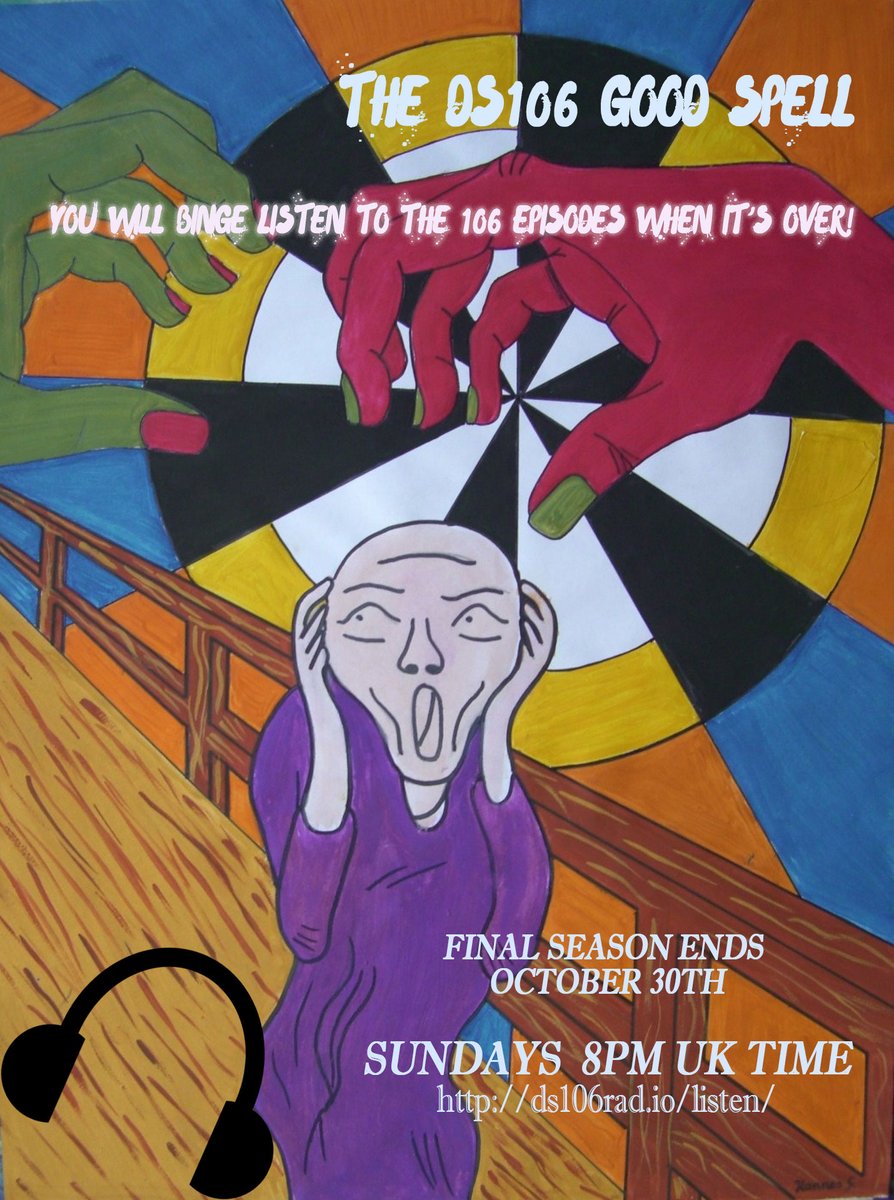 This evening Marianna & I started the final season of the DS106 Good Spell on DS106 Radio.

The DS106 Good Spell is a podcast about the open online course on digital storytelling, DS106.

Then Alan: Spinning Albums from Reclaim Records made this:

Which was asking for a gif:

This was a little quick and dirty, it used my original Dancing Jim from ds106 Assignments: Dancing Jim all over the world. I knocked it up just before bed time last night.

This morning I remembered a cleaned up version of the gif: August 2013 GIF Challenge #2: Dancing Jim All Over the World | I am Talky Tina and a tip to clean up further: He’s a Maniac! And He’s Dancing Like He’s Never Danced Before | de•tri•tus.

I grabbed that and:

Finally I though to add some music:

Having downloaded Minutemen – I Felt Like a Gringo from YouTube and pulled out a bit of audio, crushing to 32bps, with audacity.

If you can’t tell I love the connections in this #DS106 story.

I’ve had a bit of difficulty getting time to watch any westerns. I decided to have a listen instead. I headed over to the Old Time Radio on Internet Archive and had a dig around, I spotted Gunsmoke – Single Episodes where there are 473 files.

I have heard of the show but knew nothing of it so I added the first episode to an RSS feed I am subscribe to in overcast and listen to it on my phone on the way to work.

As I listened I was quite surprised, this sounded familiar, sort of a bit noir 106. The hero showed a fair amount of cynicism, there were a couple of very negatively portrayed characters and most of the townsfolk were mob minded.

The hero was quick on the draw but noble in a Chandlerish way. He had a much worse temper than Marlow.

After listening I had to check Wikipedia

In the late 1940s, CBS chairman William S. Paley, a fan of the Philip Marlowe radio serial, asked his programming chief, Hubell Robinson, to develop a hardboiled Western series, a show about a “Philip Marlowe of the Old West”.

from: Gunsmoke – Wikipedia, the free encyclopedia.

So much for my insight. The whole Wikipedia article is quite interesting. I’ll probably listen to a few more on my commute.

The gif is from the trailer of Cowboy (Delmer Daves, 1958)

One of the more unorthodox westerns of the 1950s, Cowboy is also one of the best.

Seems like the stereotype of cowboy movies is a bit more complex than I though.

I’ve been trying a few things out for GifItUp2015 and this one seems to ask for sound, click to play:

Jacques Offenbach – Overture to ‘Orpheus in the Underworld’e, public domain from musopen.org