Last week I saw Who’s That Cute Kid on The Beach? – CogDogBlog, started in on it. This that and a MechanicalMooc got in the way of finishing and I am glad they did.
Today I came home from work to find my #DS106 t-shirt had arrived. A no brainer: 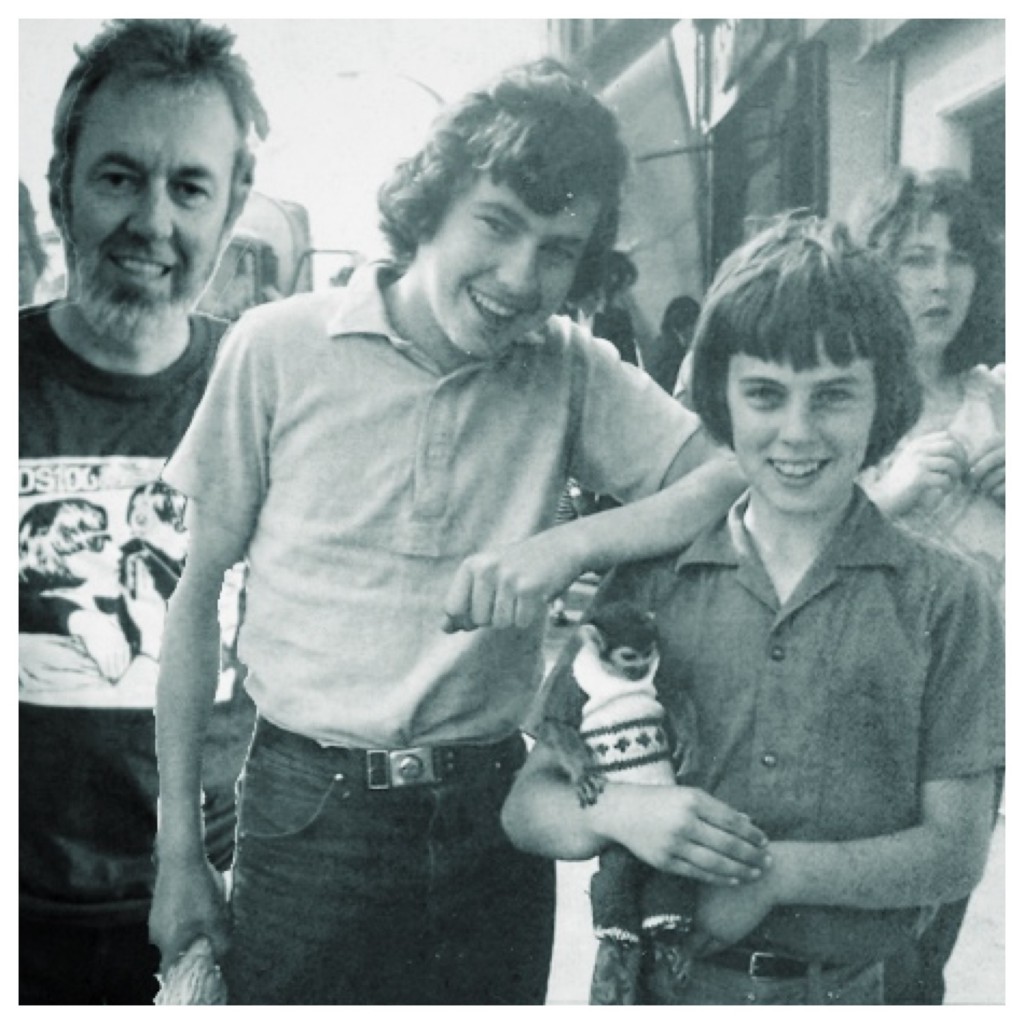 I grabbed the original photo from flickr scanned from my mum’s shoe box and got my daughter to take a quick pic.

On the iPad I used Superimpose to take out the background from the now picture. Then in Photoshop touch I made a triple layer images with me sandwiched between two layers of the old one. A bit of rubbing out, export to camera+ for cropping, Snapseed for a bit of grunge and finally Diptc for a while border.

By no means a great job, but quick and fun. I could have done a bit of a better job with the cropping and rubbing out and there is an obvious disparity in the tone (or grain or something) between the photos, perhaps more grunge would help.

Alan called me out ds106 stype in the comments and on twitter to tell the story behind this photo. I must say I didn’t really think of the story. I’ve very few photos of myself at a young age and just grabbed one I though would work visually from twitter. I am not sure if I can actually remember the event or just the photo. Anyway:

The photo was taken, I’d guess, at the end of the 60s or perhaps at the start of the 70s. I was born in 1958 my brother 3 years later and I am guessing on appearance.

This would have been a Saturday when we went to Helensburgh for the weekly shopping. I do remember feeling aggrieved that my brother got to hold the monkey. I was the one with the interest in wildlife.

I wish I could recall my feelings about the monkey, other than fascination and delight at getting close to one. I’ve had a life long interest in animals and the way we treat them and have gone back and forth on many issues: I spent my teenage years with wildlife as a main interest that veered into shooting rabbits and duck, before stopping eating meat at 21 (still don’t). I disapproved of animals in captivity but worked as a zookeeper for most of my 20s. nicely conflicted.

So I wonder how I felt about the monkey did I feel sorry for it, disapprove of it being dressed up. I can imagine being quite angry about this at certain periods of my life.

That is the story, but the ds106 story will continue in the next post…