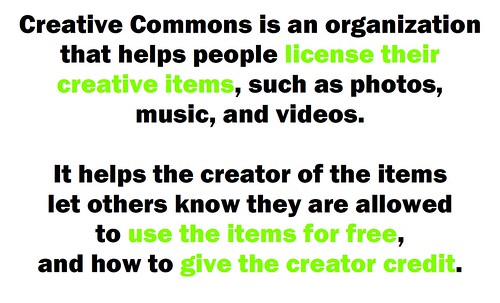 What is Creative Commons? | Flickr – Photo Sharing! by Enokson

I was annoyed when this one, cables, was used Is this theft?, not because I wanted money, but I just like the idea of sharing. That one broke the Noncommercial bit. I never did hear from them.

On the other hand, someone mailed me through flickr mail and asked if they could use this photo in a book, I was delighted. I got a book, but no cash crossed my hands.

As a primary teacher I always found it hard to teach attribution to young (say 10 year olds). Sometimes I though they had got it, but then thy would attribute photos that wee not marked as reusable. I recall one pupil, very pleased with a blog post who attributed: I got this picture from google.
At that point I decided there should be a wee kids license, this would allow youngster to attribute all the various license, CC, GLP etc as used under the wee kids, I don’t fully understand copyright but I am trying license.
Once I though I had the perfect chance to explain. I found that several My Space (remember that) sites were hot linking blog headers my pupils had made as backgrounds. I hoped to engender some indignation. On showing the class the response I got was COOL!
The other thing I did to try and help young pupils attribute was to make a variation of the flickr search sites. A flickr CC search toy. This you search for CC flickr photos, it gives you the embed code with attribution (unlike Flickr’s own, which just links. It also will produce a photo with the attribution stamped onto it. Hopefully making it much easier for primary pupils to find images and use them while helping attribute. 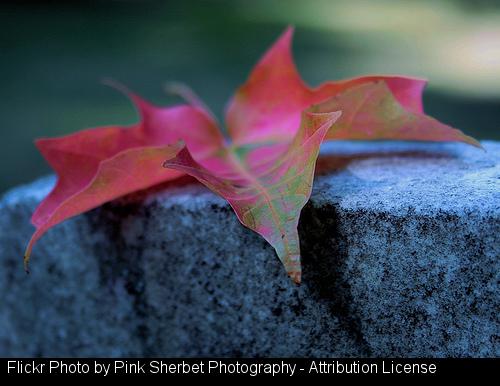 The Stamping option produces a photo like the one above, adding a strip of attribution to the bottom.
(The coding and design of A flickr CC search toy is pretty horrible, but I think it does what I wanted it to do.)

2 thoughts on “I got this picture from google”