Recycle The Media — MISSION: DS106 using media from http://minus.com/mvKXzhhcO mashup at least 7 different pieces of this media to make a new story, and use at least 2 different types. 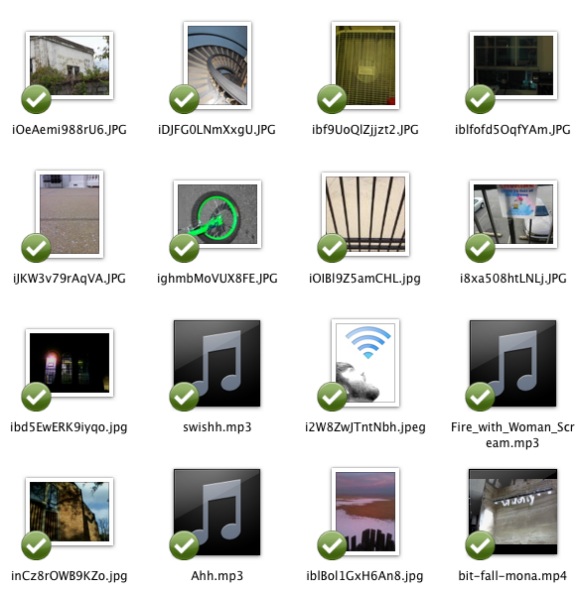 Looking at the ds106 phonar recycle bin my eye was caught by a lot of bars, and I started thinking of being in a cage or going through a series of bars. I started just downloading a bunch of files, listening to the audio. The audio from the bit-fall-mona .mp4 video sounded ominous so I grabbed the movie.
When I started up imovie I veered away from the bars to start on the beach. I like beaches and have occasionally recorded sounds on the beach, there was a nice swish in the bin.
The scream, I imported into garageband, trimmed off the fire and added a female to male voice transformer.
This was to go with the face, trimmed off the icon, added some noise in Fireworks. I originally exported as a transparent png to overlay in imovie but could not get it looking right quickly.
The wave sound fades out as the bit-fall-mona sound fades in. There is the odd filter and only one transition.
So take a trip to the DS106 basement, where old gifs are jammed in dusty boxes.