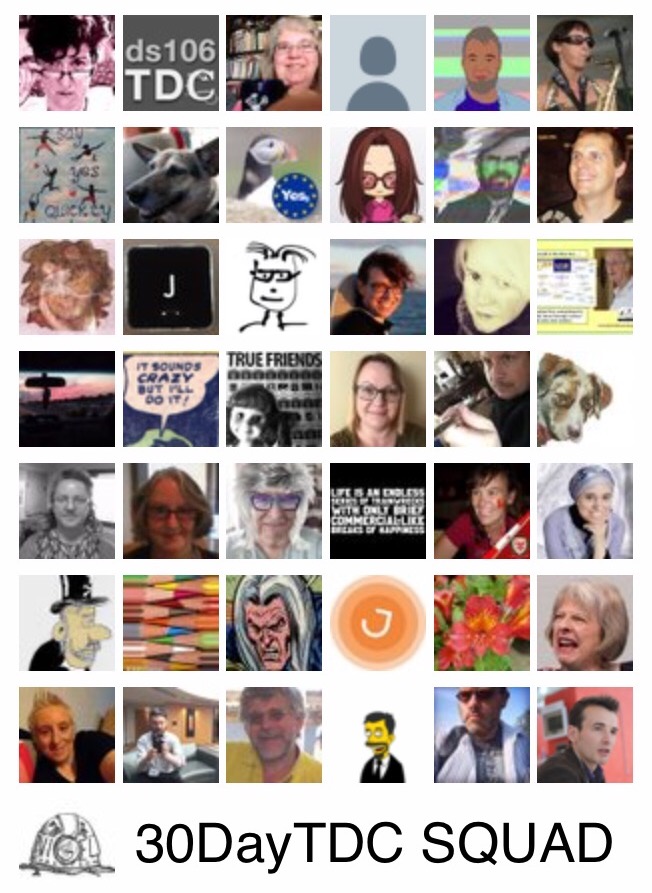 The challenge was to create a fantasy band I could not think of an interesting musical angle, so thought I’d focus on the merry band of folk who are participating in the #30daytdc.

I was on the train with only my phone ands was jsut about to leave it till later when I remembered I had set up a TAGS – Twitter Archiving Google Sheet for #30daytdc.

I started by opening up the sheet in the Sheets app and copying out the profile_image_url column.

This had repeated entries for many of the avatar urls. I pasted into drafts and used an action: Dedupe from the Drafts Action Directory to strip out the duplicate lines. I now had a list of unique urls.

I wanted to take this list and wrap each in an image tag , so that I could preview the ‘webpage’ and take a screenshot.

Which gave me a nice markdown list of images. I took a screenshot cropped and added a title in photos.

I ended up feeling very please withmyself in managing how to do this without leaving my phone.

Drafts is a brilliant app if you ever need to write and manipulate text before sending it on its way.