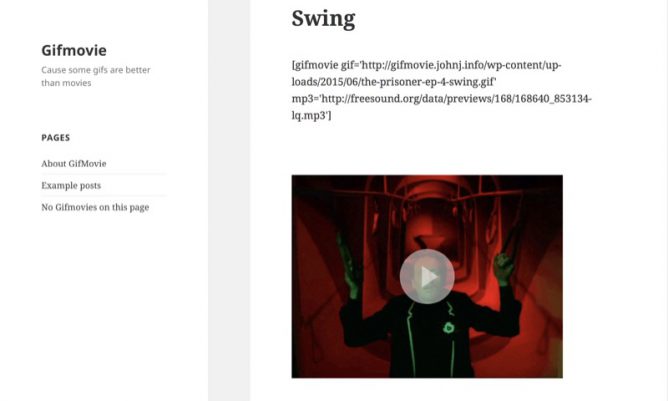 I am trying to make a plugin that will:

I do not really know what I am doing. I have seen a few plugins that ‘freeze’ a gif until clicked, they seem to generate a jpg from the the gif. The approach here is different:

This is a experiment with mixing a couple of APIs the Giphy one and the freesound api. I used neocities to host the page for free to try that site out.
END_OF_DOCUMENT_TOKEN_TO_BE_REPLACED 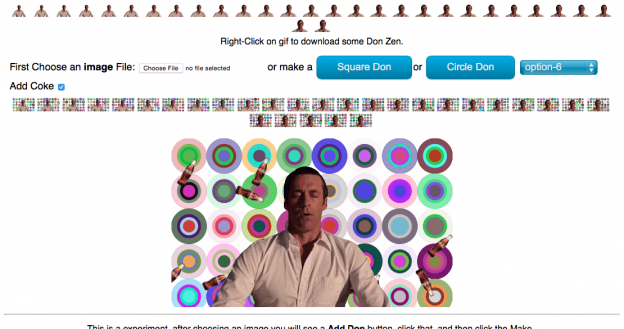 Social Media is this is a wee bit of fun using Google autocomplete to explain different social media applications.

Notes on creation of these gifs: Automating autocomplete Gifs.

pechaGif Clicking Start will start a slideshow of 20 gifs, that will last 20 seconds(or your selection) each. The gifs will be a random selection from the ‘DS106 Random Gif API’, the challenge would be to improvise a incoherent presentation from gifs you have never seen. Escape will get you out of fullscreen, reloading the page will give a new set of gifs.

pechaGif is inspired by the pechaflickr by Alan Levine @cogdog.

pechaGif has a lot less under the hood than pechaflickr, there are no options only 2 options!

I cannot imagine that anyone would be crazy enough to use this, but some folk have. The main purpose is to give an example for the equally useless DS106 Random Gif API. 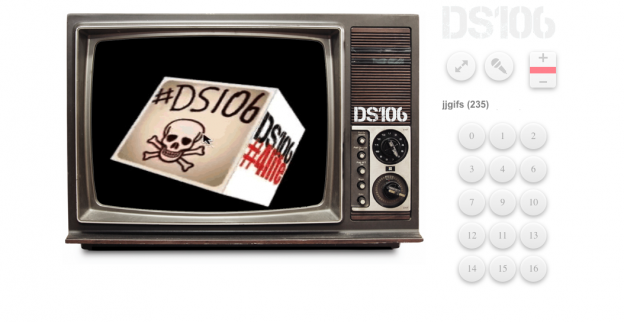 DS106 Gif TV is a weird way of looking at gifs created by some of the DS106 participants while listening to DS106 Radio.