picPosterous is a photo and video publishing app for the iPhone. 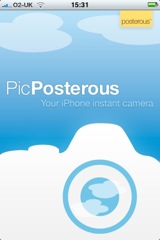 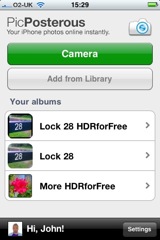 At first glance I could not see the advantage of using this rather than the iPhone’s mail application, and neither could TechCrunch but a tweet or two from Sachin, one of posterous’s founders both put me on the right track and gave further evidence that the posterous guys never sleep.

The idea of the applcation is that during an event (or day or meal or whatever) you take photos and post to posterous. The difference is that you can continue to add images to the post after the first image is posted. This will certainly make it a useful application. Instead of waiting until the end of an event you can snap and post without crating a series of posts. picPosterous will also queue up the photos and post then when it can. You can quit the app and it will try to post again the next time you open it. 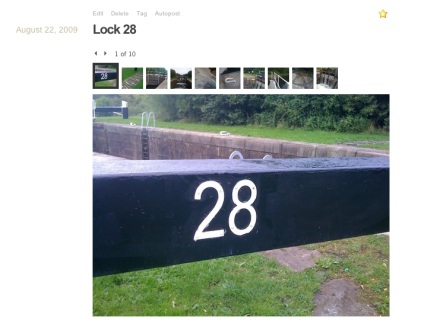 So the app is a lot more useful than I first thought. A couple of drawbacks/limitations: the only text you can post is the title and the media is limited to pictures and video (on a newer phone than mine). The auto post feature, which I have turned on for twitter, flickr and a test blog only posts the first photo, which makes sense for twitter but if I used posterous as a means of posting to flickr I’d probably want the whole album being added.

All in all a handy addition to ways of posting stuff online if not a whole solution I think I’ll be using picPosterous regularly.

I also imagine that if the development of posterous itself is any indication the application will be upgraded and improved regularly. Posterous itself has had an incredible rate of feature addition. The founders are very responsive to any suggestion for improvement making it the most exciting blogging platfrom out there.

Aside, I used Camera Genius for iPhone as a replacement for Night Camera for Anti-shake stabilization. night Camera didn’t make the upgrade to the 3.0 version of the iPhone software. Unfortunately Camera Genius doesn’t seem to take photos with location exif data so posterous does not get to produce a nice wee map.