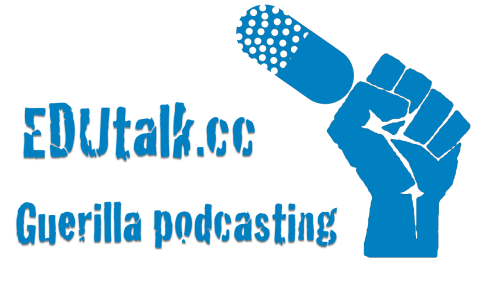 Last night I went along to Teachmeet Strathclyde at Jordanhill college, I had signed up a couple of days before and stuck my name down to talk about edutalk.cc.

I noticed there were nearly 70 folk signed up and quite a crowd was gathered eating cupcakes when I arrived. This was the first TeachMeet I’d attended when I had not really though much about it or had any involvement with before hand. The participants were mostly students which gave the meet a slightly different energy, slightly more formal and organised than some TeachMeets, the crowd was quietly energetic and motivated.

A couple of the usual suspects were in attendance but I didn’t know the vast majority of attendees.

As usual for teachmeets the presentations were all interesting, with lots of things I either nodded to or was completely surprised by. The compare Paul Campbell kept everything running smoothly.

I was nice to have a round table break in the middle, I went to a Games Based learning table organised by Morven Skinnder, Jen Deyenberg was in the group and has extensive experience in gbl. I suspect learning in Jen’s infant class would be wonderful with or without the high tech additions as I can’t imagine an object or situation she could not animate with learning.

I’ll not go into details of the different presentations or the round table as I am currently chopping up the audio recording I took and posting to Edutalk I had my two minutes talking about Edutalk, should have done 7 as I expect that most folk went huh; without the chance to listen, or see a demo. I am quite pleased with the slide though.

Edutalk is fairly pushing out the episodes at the moment, with the purpos/ed crew adding one a day for their #purposedfutured campaign and the audio from TMLothians11 – TeachMeet Lothians & Borders 2011 which I am (with permission) reposting on Edutalk.

There is still plenty of room for move voices on Edutalk, see the How to EDUtalk to find out how easy it is to join in.